Manchester City boss Pep Guardiola has given Jorginho’s move to Chelsea his blessing, claiming it would have been a ‘mistake’ had the midfielder signed for his club.

Jorginho, 26, was widely expected to move to the Etihad Stadium this summer having agreed personal terms with the current Premier League champions.

Speaking ahead of City’s International Champions Cup clash with Borussia Dortmund, Guardiola spoke about their failure to sign Jorginho for the first time.

Amid suggestions that the midfielder was desperate to continue playing under his boss Sarri, the former Barcelona boss believes his side will benefit more from signing targets who only want to play for City.

‘No, we are not disappointed,’ Guardiola said. ‘We tried, we thought already it was done.


‘My advice is for players to go where they want to go. It would have been a mistake if he had come here when he wanted to go to Maurizio and Chelsea.

‘English football received an exceptional player at the end. If they don’t want to come it is better they don’t come. All the best for him.’

City are still on the hunt for another midfielder and are linked with Real Madrid’s Mateo Kovacic, who has talked about his intention to leave the Spain this summer.

However, it is reported that City are also interested in signing Bayern Munich’s Thiago Alcantara.


The Spain international moved to the Allianz Arena through Guardiola in 2013, and he is believed to be interested in a return to Barcelona but City are ready to hijack any move.

Sat Jul 21 , 2018
Barcelona have placed a third bid of around £55million for Brazil international winger Willian. The La Liga giants have had two bids rejected by Chelsea this summer for the Brazil star as Maurizio Sarri is keen to keep the attacker. Barcelona’s first bid of £50m was followed up with another […] 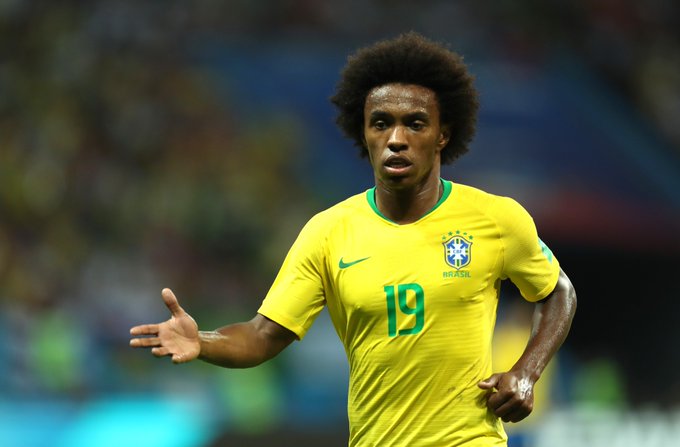