Aaron Ramsey wants to know where he figures in Unai Emery’s plans for Arsenal before he signs a new contract with the club, according to reports.

The Wales international will be out of contract next summer and talks over a new deal have stalled, alerting the likes of Chelsea and Manchester United to his possible availability.

Ramsey was surprisingly axed from Emery’s starting lineup in last week’s defeat to Chelsea, a decision that surprised many of his teammates – while he was also taken off against Manchester City.


And now, The Sun claim that Ramsey is refusing to continue talks until he has a clearer picture of what his role will be in the team under Emery.

The 27-year-old has made it clear to the new boss that he sees himself as a central midfielder, but Umery does not seem to trust him in one of the deeper roles.

Teenage recruit Matteo Guendouzi partnered Granit Xhaka in midfield against Chelsea, while Lucas Torreira is expected to play that role once he settles at the club.

That leaves Ramsey in direct competition with Ozil for the No.10 role in Emery’s preferred formation, and he is interested in speaking to Emery about where exactly he fits in.


Arsenal are also struggling to meet Ramsey’s wage demands, with the midfielder keen to get parity with the club’s highest earner.

He believes he can get a significant pay rise, and signing on fee, if he leaves at the end of his deal next summer.

Thu Aug 23 , 2018
Tottenham reportedly made a move to sign Chelsea striker Tammy Abraham in the closing hours of the summer transfer window. Abraham impressed on loan at Swansea last campaign, scoring eight goals in all competitions, and the England international’s performances caught the attention of Tottenham boss Mauricio Pochettino. Spurs did not […] 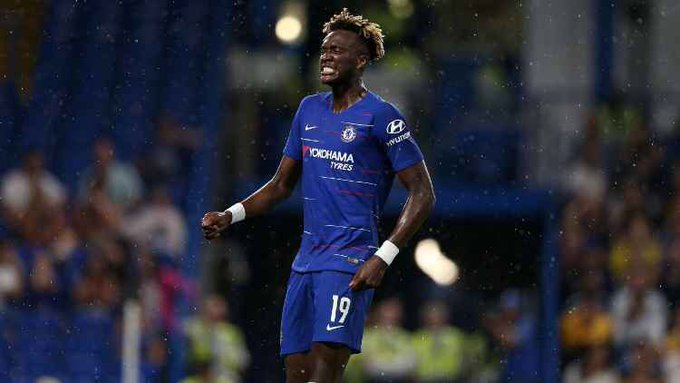