Former Chelsea head coach Jose Mourinho has aimed a veiled dig at Gary Neville and Paul Scholes after their forgettable time in coaching, with Mourinho stating that you have to “be born with some talent” in order to succeed.

Two ex-Manchester United players were often outspoken in their criticism of Mourinho during his tenure at Old Trafford.

Neville and Scholes have, however, shown how difficult management can be, with the former failing at Valencia and the latter lasting a matter of weeks in a role at Oldham.


Mourinho is happy to see that certain ex-players are finding out the difficult way that life in the dugout is not as easy as it may appear, with his record standing up to anybody after title wins in Portugal, England, Italy and Spain and two Champions League wins.

Speaking to RT Sport, the 56-year-old said when talking about those who have tried and failed: “We have, even in England, former top players, amazing in front of the screen.

“They go to football clubs, and after two months, ‘goodbye, let’s go home because this is not right for us’. So there are things… you have it, or you don’t have it.”

Mourinho added: “There is one part of it [management] that people sometimes forget, even some top pundits, they forget it, which is why you have to be born with some talent adapted.

“It’s a little bit the same thing as what football academies can make with players.


“I think it’s a natural knowledge and understanding of the game.

“Leadership qualities, communication qualities, emotional intelligence because that is another thing that technology and experience at other levels can’t replicate which is the levels of pressure you are at.

“It is one thing us sat in front of a screen, analysing a game live, saying ‘I will take that one and I will put that one in’.

“That decision when you are on the touchline, can you have the same state of mind on the touchline to be calm and be an analyst of the game? Can you be brave enough to take the pressure?”

Scholes conceded upon taking charge at Oldham in February that he expected Mourinho to be watching. 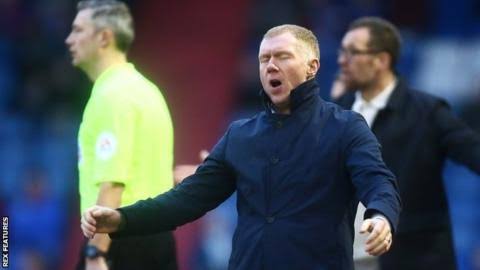 “That is part of the thing that bugged me a little bit. I wanted to get into it [management] anyway but I have left myself wide open. I have been quite critical.

“I don’t think we will get many pundits watching – if we are losing games I am sure people will be popping up – they can say what they want.


“I have never really understood why players and managers take notice of what pundits say anyway. They are just giving an opinion on the game and get paid for doing so.

“If anyone wants to have a dig at me, I won’t be taking any notice. The only person I answer to is the owner.”

Fri May 3 , 2019
Chelsea hierarchy were not happy with Maurizio Sarri’s decision to bench Eden Hazard for Thursday’s clash against Eintracht Frankfurt, according to reports. The Belgium international played 90 minutes in the draw with Manchester United on Sunday but was expected to start for Chelsea’s Europa League semi-final in Germany. Instead, the […] 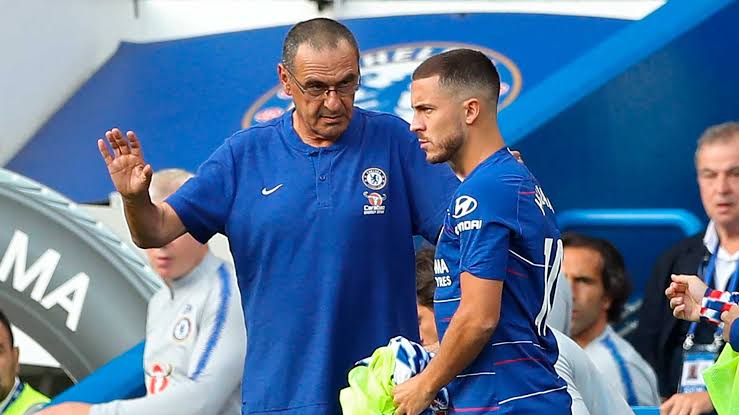