Liverpool defender Alberto Moreno has spoken out against head coach Jurgen Klopp after being dropped for Andy Robertson.

Moreno started last campaign as first-choice left-back despite midfielder James Milner having been preferred the year before and the signing of Robertson from Hull City.


However, an injury to the Spaniard opened the door for Robertson and he excelled and is now an undisputed starter on the left of an improved defence that has shipped just seven goals in 19 Premier League matches.

But despite the remarkable success of the current defence, Moreno feels he should have been given more chances to reclaim his starting berth after returning from his injury.

“I didn’t feel [the decision to stick with Robertson] well, I was injured giving my best for our team,” Moreno told Ondacero.

“I disliked Klopp’s decision because I was training but when I returned he only wanted Robertson.


“My relationship with Klopp hasn’t changed but since this injury, I didn’t have a meeting with him but our relationship is normal.

“I disliked the way that Klopp has treated me but I understand his situation that he can’t change [Robertson] because the team is winning.”

“The dressing room is very close, we are a family,” he added.

He would not, however, go so far as to commit his future to Liverpool and with his deal set to expire at the end of the campaign, he is free to negotiate a pre-contract agreement next month.

Moreno claims a new contract has been offered to him but he has yet to sign it as he wants first-team football which Liverpool might not be able to offer.


He added: “Liverpool has proposed renewing me but no agreement has been reached, in January the market opens and we will see. To this day we have nothing closed neither with Liverpool nor with other clubs.”

Fri Dec 28 , 2018
Manchester United caretaker manager Ole Gunnar Solskjaer has challenged Romelu Lukaku and Alexis Sanchez to step up in the remainder of the season. The pair are yet to play under the Norwegian but will train with the first team today as United prepare to play Bournemouth in their final game […] 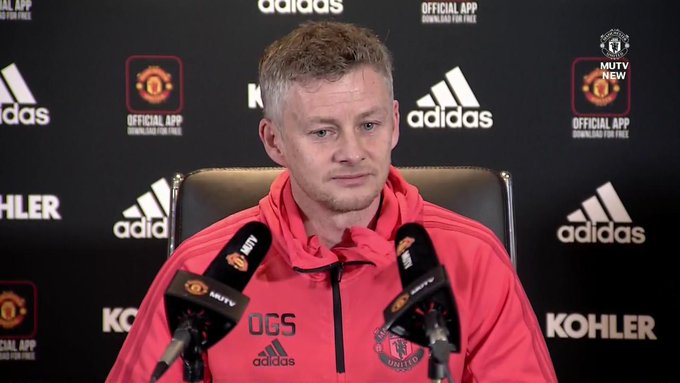