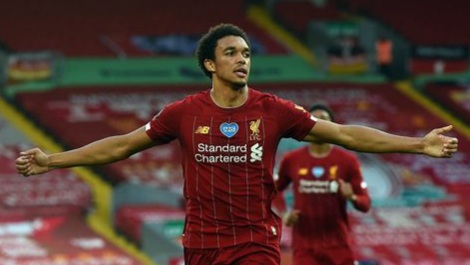 Trent Alexander-Arnold is not worried about reports Pep Guardiola will rest players for Manchester City’s potential title-decider against Chelsea on Thursday.

That is because the Liverpool defender is completely confident that Liverpool will win the Premier League title on their own terms.


The Reds could have their first Premier League trophy confirmed on Thursday if Man City fail to beat Frank Lampard’s Chelsea at Stamford Bridge.

Guardiola had suggested that he could mix up his team with an FA Cup game with Newcastle at the weekend and a second leg match with Real Madrid in the Champions League on the horizon.

But Alexander-Arnold said Man City’s plans are of no worries to him: “It is up to him he’s the manager. We have to focus on ourselves and not taking things for granted.

“We are not really hoping that City will lose or drop points we are just focused on ourselves and we know it is in our hands.


“Whether it comes tomorrow we still get to go to City next week and try to get a result. There are still quite a few games to go this season we need to keep pushing ourselves and hopefully setting a few records.”

Guardiola had previously said: “We have an advantage that there is five days between [the Arsenal and Burnley matches] but the team still isn’t fit.

“I don’t know when they’ll be perfectly fit with a few players playing every few days for 90 minutes. We have some disturbing muscular problems and some kicks from the last game.

“You have to avoid the injuries to arrive two important games – Newcastle on Sunday and especially Madrid. We can qualify mathematically for the Champions League, we’re in a good position.

“[But] we can’t deny that we have one eye on Newcastle. Chelsea and Liverpool are prestigious but Newcastle is our game. A final. We have one eye.

“It depends on physical condition, the minutes they have played. We take a look a little bit at what is going to happen, not just Chelsea.”

David Moyes rejected the chance to sign Thiago in 2013 twice for just £22.5m.

4 months ago
Thiago has set his sights on a move to the Premier League this summer with Liverpool – seven years after former United boss David Moyes rejected the chance to sign the midfielder the same summer he signed Fellaini. Thiago Alcantara has only one year left on his current contract at Bayern Munich with […] 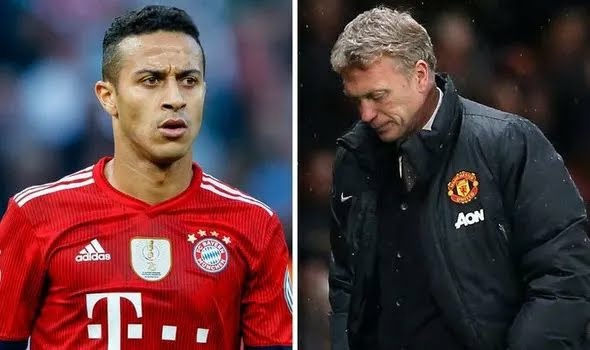