Carlo Ancelotti said he would have jumped off a bridge if he was the manager of Paris Saint-Germain after their Champions League elimination.

PSG squandered a first-leg lead as the French champions were knocked out on away goals by Manchester United in a shocking last-16 tie on Wednesday.


Thomas Tuchel’s PSG led 2-0 after the trip to Old Trafford but were beaten 3-1 in Paris, where Marcus Rashford’s controversial penalty sent the Ligue 1 leaders out.

Asked about PSG’s exit, Napoli boss Ancelotti – who led the capital club to Ligue 1 glory in 2012-13 – was shocked after his team’s Europa League win.

“If I had been on the PSG bench, I don’t know what I would’ve done. Probably find the closest bridge and jump off it.”


Ancelotti was speaking after Napoli accounted for Red Bull Salzburg 3-0 in the first leg of their Europa League quarter-final.

Arkadiusz Milik, Fabian Ruiz and a Jerome Onguene own goal put Napoli in control, though Kalidou Koulibaly and Nikola Maksimovic will miss the second leg through suspension.

“I am not worried about their absence, as we have reliable centre-backs, but I was more concerned by the lack of balance in the final stages,” Ancelotti said.

“It’s a good result, there are still 90 minutes to play and we cannot make calculations. We did some things well, some not so well, and we’ve got to work on those.


“We allowed some dangerous counter-attacks and through runs that at 3-0 we really could’ve avoided. We can be impenetrable when we defend well, but we get too exuberant and try to push forward.

“Salzburg have proved they’ve got great pace and stamina, so we need to be on alert. We need to score at least a goal in the second leg, otherwise we’ll run risks.”

Sat Mar 9 , 2019
It seems the title race is the furthest thing from Pep Guardiola’s mind right now after a report from Italy revealed the Manchester City boss has agreed to replace Massimiliano Allegri as Juventus head coach. Italian journalist Luigi Guelpa claims the Spaniard made a ‘verbal agreement’ to Juve on a […] 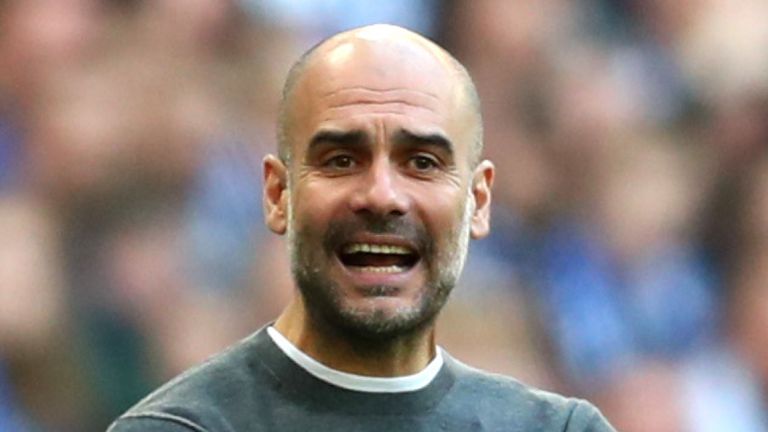