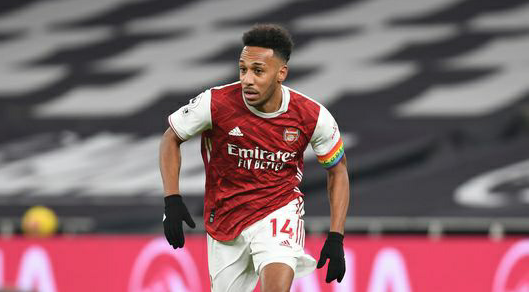 The Arsenal skipper failed to make an impact in the north London derby as Tottenham thrashed their rivals 2-0 on Sunday.


And it was another bad day for the Gabonese forward, who failed to register a single shot on target, create a chance or even take on a Tottenham player.

But his agent Kwaku Mensah, who brokered the £250,000-a-week deal for his client in the summer window, believes his poor form is a product of Arteta’s tactics.

The businessman posted a screen grab on Instagram of Sky Sports coverage of the game, which showed Arsenal’s Premier League ranking for certain statistics.

The gunners have scored only 10 goals in 11 Premier League matches, the fourth-worst in the league, while their 32 shots on target give the London club a ranking of equal-18th.


But the worst one is “chances created”, with their 65 putting the club equal bottom in the top flight. Sharing this image on his Instagram page, Mensah appeared to put the blame for Aubameyang’s form at Arteta’s tactics as he wrote: “If you create chances…”

Speaking about the loss at full-time, Arteta said: “This is football. They have one shot on goal. Score a wonder goal. The second we get done on the break. Thomas is injured, not in position, he has to fall on the floor and we get the second one done. 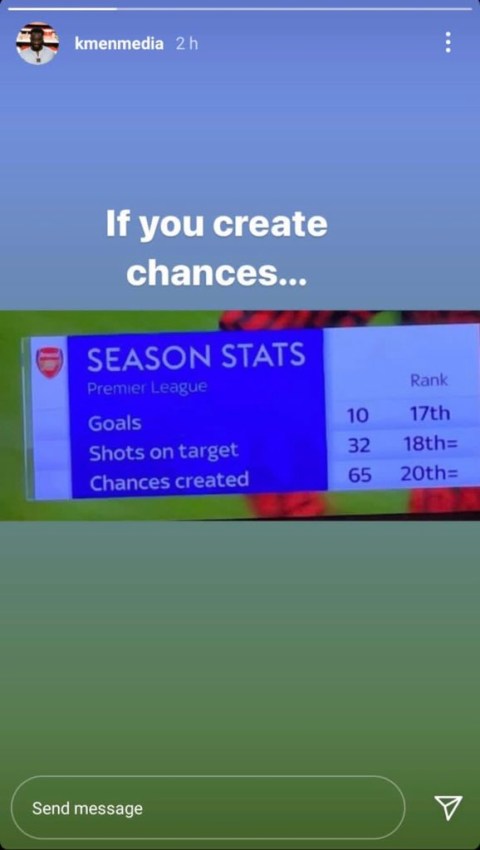 “They have two situations, they score two goals. I think we had 32 crosses, I don’t know how many shots, only two on target. We have to carry on, keep fighting and be the team we were today but improving those details.”

5 months ago
Manchester United manager Ole Gunnar Solskjaer has ruled both Anthony Martial and Edinson Cavani out of Tuesday’s important Champions League clash against RB Leipzig. Both players suffered injuries in the 3-1 victory over West Ham in the Premier League, with Cavani replaced by Marcus Rashford at half-time and Martial substituted for Juan […]