Barcelona manager Ernesto Valverde has all but confirmed Denis Suarez’s loan transfer to Arsenal and wished him good luck in the Premier League.

The Gunners have been trying to bring Suarez to the Emirates but hit a stumbling block with Barcelona as they were unwilling to accept a compulsory purchase clause at the end of the loan.


But a workaround has been found, with Suarez agreeing to sign a new deal that will preserve his value should Arsenal choose not to make the move permanent.

Now Barcelona head coach Valverde has confirmed that the loan deal is on the verge of being announced.

Speaking at his pre-match press conference ahead of the Sevilla game, he told reporters: ‘Denis Suarez is on the verge of joining Arsenal.

‘There is not much left to make it official, we hope he does well, he has always acted with dedication and we are happy with him.’

Suarez has grown frustrated with his lack of first-team opportunities at Camp Nou and was axed from the Copa del Rey team that lost to Sevilla in last week’s first leg match in favour of Kevin-Prince Boateng.


The 25-year-old worked under Arsenal manager Unai Emery before, at Sevilla, and is believed to be eager to restart his career in England.

He has extended his contract with Barcelona until 2021 before leaving for Arsenal, with the Gunners paying a loan fee of around £2m, and they can choose to make the move permanent if he impresses.

Sarri explains why he thinks Eden Hazard should leave Chelsea

Wed Jan 30 , 2019
Chelsea manager Maurizio Sarri has said that Eden Hazard should be allowed to leave if he no longer wants to play for the club amid continued speculation over his future. The 28-year-old has entered the final 18-months of his deal with the club and has made no secret of his […] 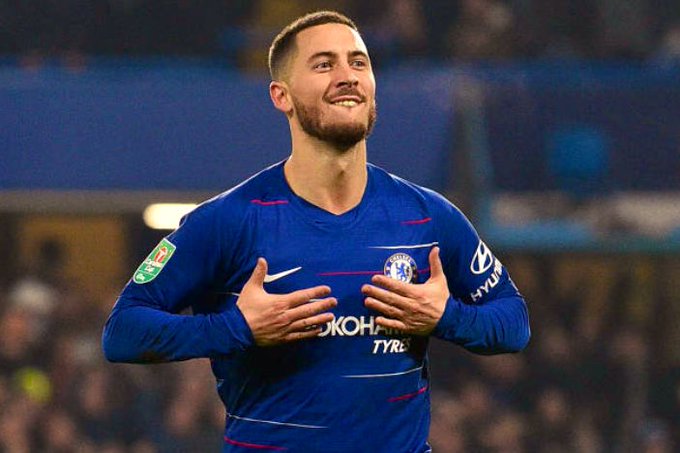