De Gea is regarded as the one of the best keepers in the world – produced another amazing performance as United defeated Watford 2-1 in the League on Saturday.


The Spain international, who was criticised for his poor performances at the World Cup, made a stunning save to deny Christian Kabasele towards the end of the match, having earlier saved Troy Deeney’s effort.

“He is the Messi of goalkeeping. He has been the best goalkeeper in the world for years,” Foster said. “He is absolutely brilliant now. Some of the saves he makes at really critical times are just breathtaking.


“But seriously, he is brilliant. A top goalie and if any young goalie out there wants to learn how to be a goalkeeper watch David De Gea. He is world class.

“I think the thing with David is that because he is so natural, from what I hear as well he is not a great trainer. Training doesn’t do it for him.

“But three o’clock, the adrenaline rush and what comes with that is what turns him on. I think that’s something that you can’t really teach. He’s got the game management, the game nous of what to do at any given time and when it happens.”

Griezmann: I'm on the same level as Messi and Ronaldo

Mon Sep 17 , 2018
Antoine Griezmann claimed he is on the same level as Lionel Messi and Cristiano Ronaldo as he set his sights on winning the Ballon d’Or, despite conceding he can still make improvements to his game. The France international missed out on the three-man shortlist for FIFA’s The Best award, the […] 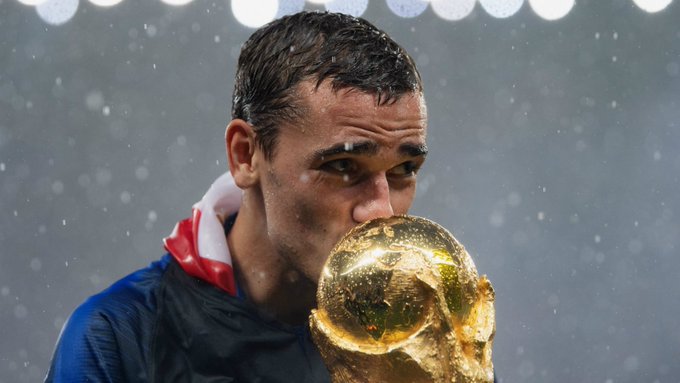