Mehdi Benatia says he has faced criticism over his decision to reject Manchester United to sign for Al Duhail, but the defender says he did so in order to raise his family.

In need of a new defender, Manchester United pegged Benatia as one of several targets, but ultimately fell short as the Juventus defender rejected an offer to move to England.


Instead, the 31-year-old central defender opted to move to Qatar to join Al Duhail, and made his debut for the club in a 1-0 defeat to Al Gharafa.

Benatia says he understands the criticism of his move away from Europe, but hopes that critics and his national team coaches can understand the reason behind his transfer.

“I faced criticism from the Moroccan sports critics after moving to Doha but I want everyone to respect my decision because it was the best for me and for my family,” Benatia told Al Duhail’s website.

“I want my kids to grow up in an Islamic atmosphere, and I could go to clubs in the UAE or Saudi Arabia but I preferred to be with Al Duhail, and there are a lot of Moroccan players who play in the national team and are with the Gulf clubs.


“[Morocco] coach Herve Renard knows me well and if he sees that I do not deserve to be with the national team, I will respect this decision.”

Benatia has made 55 appearances for Morocco and captained the his country this last summer in Russia at the World Cup.

Manchester United, meanwhile, have thrived under Ole Gunnar Solskjaer, having won nine of the 10 matches under the Norwegian manager so far.

Thu Feb 7 , 2019
Barcelona have warned Premier League clubs Manchester United and Chelsea that Philippe Coutinho is not for sale. The Brazil international, who joined Barcelona in January 2017 in a £142million transfer from Liverpool, is already being linked with an exit from the Nou Camp. The 26-year-old has already won three titles […] 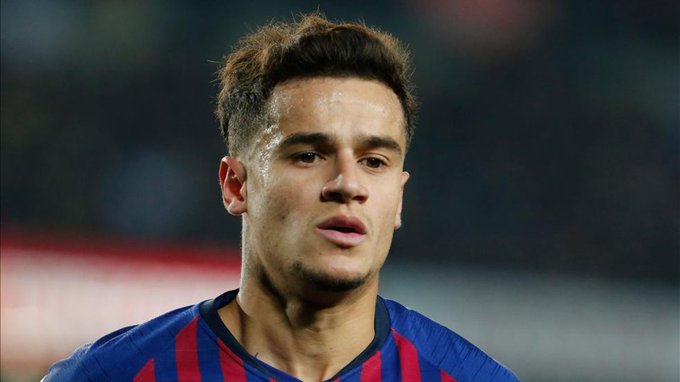