Leonardo Bonucci has revealed that he rejected Real Madrid to rejoin Serie A side Juventus from AC Milan last summer window.


Despite making 51 appearances and signing an initial five-year contract at San Siro, Bonucci made the move back to Turin to play alongside Cristiano Ronaldo.

He has slotted straight back into the club’s starting lineup under Massimiliano Allegri, with the defender playing a key role in the team’s current undefeated record in the Seria A.

But returning to Juve was not his only option, with the 31-year-old admitting he rejected the chance to join Real Madrid in the summer.

“It was an honour and pleasure for me, it means that I have worked well in these years.


“But the call from Juventus and the desire to return home was fundamental, I decided that the Bianconeri colours fit me better.”

The Italian also revealed it was not just for footballing reasons that he opted for a return to Juve after just one year playing for Milan.

Bonucci stated his six-year-old son played an important role in his transfer back to Juve, with his family still based in Turin.

“How did my son Lorenzo react? He’s happy because dad came home,” he added. “Last year I was almost always in Milan and he could not see me. It was one of the reasons why I came back.”


The Italy international has made 26 appearances this campaign and aiming to win his seventh Serie A trophy as Juventus currently hold a 13-point lead at the top of the table.

Juventus’ next fixture is against Atletico Madrid on Wednesday before a Serie A game against Bologna on February 24.

Tue Feb 19 , 2019
Senior figures at Chelsea have held talks over Maurizio Sarri’s future as head coach, Sky Sports News reports. Chelsea are understood to be very concerned about the team’s recent poor performances and results – the most recent of which was a home defeat to Manchester United that eliminated them out […] 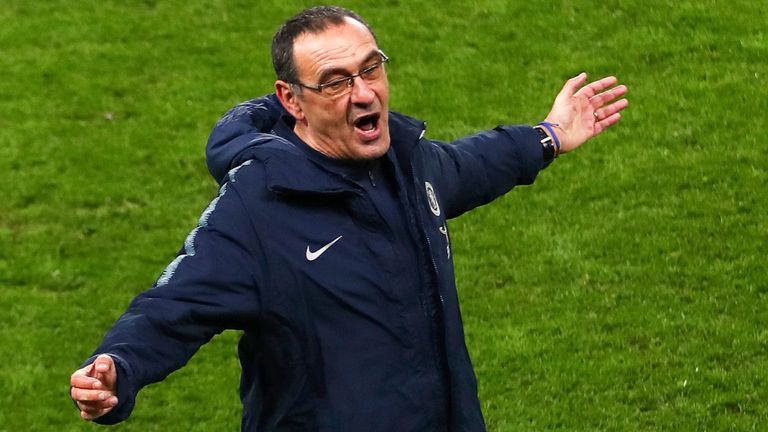