Paris Saint-Germain goalie Gianluigi Buffon believes it’s a “scandal” that Neymar has yet to win the Ballon d’Or and feels the Brazilian and team-mate Kylian Mbappe can dominate the game for the next decade.

Buffon has been able to see the talented duo at close hand having moved to Paris from Juventus in the summer.


By leaving Turin, the 40-year-old missed the opportunity to play alongside Cristiano Ronaldo after his €100 million transfer from Real Madrid.

“I played with a lot of champions and I wanted to play with everyone, even with him [Ronaldo],” Buffon told Il Corriere della Sera.

“But in Paris it’s not like there are not champions. Mbappe and Neymar have that kind of pedigree.

“I tell Ney that it’s a scandal that has not yet won the Ballon d’Or and that he should be furious.

“He and Kylian have a disproportionate talent and can dominate for ten years.”


Despite Buffon’s glittering career the only trophy missing is the Champions League, having lost three finals with Juventus.

After his summer transfer to Paris many speculated that it was a decision motivated by his desire to land that elusive trophy, something he denies.

Buffon also says it was not a move motivated by money, otherwise he would have left Juventus before now.

“Only at the end of my career will I tell you what the Champions League means for me,” added Buffon. “That said, I did not come here to win it, because otherwise I would not have understood anything.

“But I hope to bring something more and I have the ambition to improve what has been done to date. It would be important.


“I will never prostitute my ideals and dreams for money. Otherwise I would have done it well before.

“Money is important; it is a means to live better. But I’m not venal.”

Mon Dec 31 , 2018
Virgil van Dijk insists he will always be entitled defend his team-mates after getting into a bust-up with Arsenal defender Sokratis during Liverpool’s match with Arsenal on Saturday. Sokratis was confronting Mohamed Salah in the tunnel at half-time after the Liverpool forward won a penalty to ensure Arsenal were behind […] 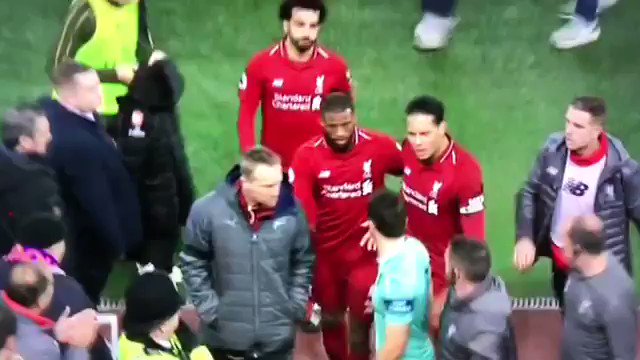