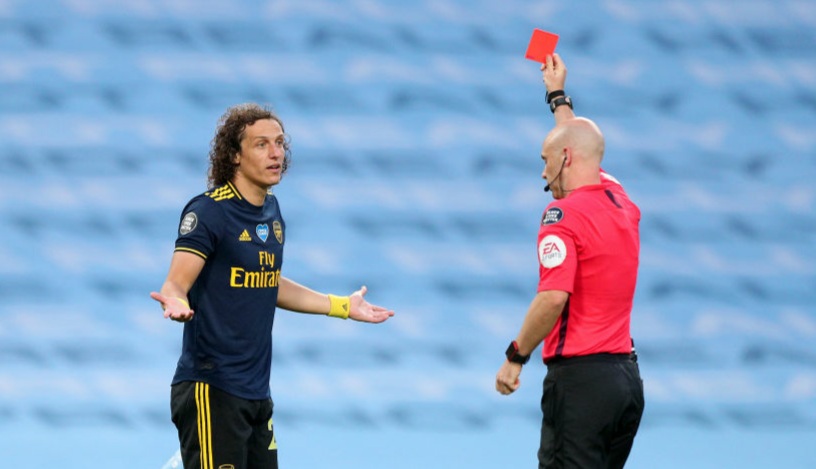 Jamie Carragher and Gary Neville have blasted David Luiz after his poor performance in Arsenal’s game with Manchester City on Wednesday night.

The 33-year-old defender was surprisingly benched for Arsenal’s trip to the Etihad Stadium, with Arteta saying that ‘a few things that happened in recent weeks’ led to his decision.


However, David Luiz was brought on after only 24 minutes after Pablo Mari suffered an injury in the game.

But the Brazilian struggled to get up to speed and his mistake led to Raheem Sterling’s opening goal as he was unable to properly intercept De Bruyne’s pass.


But things got from bad to worse for Luiz shortly after half time as he gave away a penalty and was sent off for bringing down Mahrez inside the box.

‘It’s happened so often before with him,’ Jamie Carragher told Sky Sports at half-time. ‘Concentration… maybe he thought it was easy to deal with when it came in.

‘I know Kevin De Bruyne puts a good ball in. Maybe it’s come off the turf and it’s added an extra bit of pace. ‘But it’s happened so often it’s no surprise why he’s on the bench.

‘As I said before the game, I don’t think there’s any future for David Luiz at Arsenal next season. That probably puts paid to that as well.’

Speaking at full-time, Carragher said: ‘Whether you like David Luiz or not, the sad thing is I don’t think we’ll see him in the Premier League ever again, and he does provide us with entertainment, whatever you think.

‘I don’t see how Mikel Arteta, after that performance, can put him back in under any circumstances, really. Certainly if they are out of the running for the Champions League. ‘The mistakes he’s made tonight… put a kid in [instead]. I know they’ve got injury problems.

‘It’s unbelievable in some ways that he’s kidded so many people in football, he’s actually gone for £50 million, £60 million in transfer fees now.’

Speaking after Luiz’s red card in the second half, Gary Neville said: ‘I have no words really, I’ve said everything I’ve got to say. ‘He never learns, he’s so rash.’

4 months ago
Pep Guardiola spoke out on the Black Lives Matter movement after Manchester City’s 3-0 win over Arsenal on Wednesday, saying he is “ashamed of what white people have done to black people”. The Premier League put on a unified front against racism as they returned to football after a three-month coronavirus-enforced […] 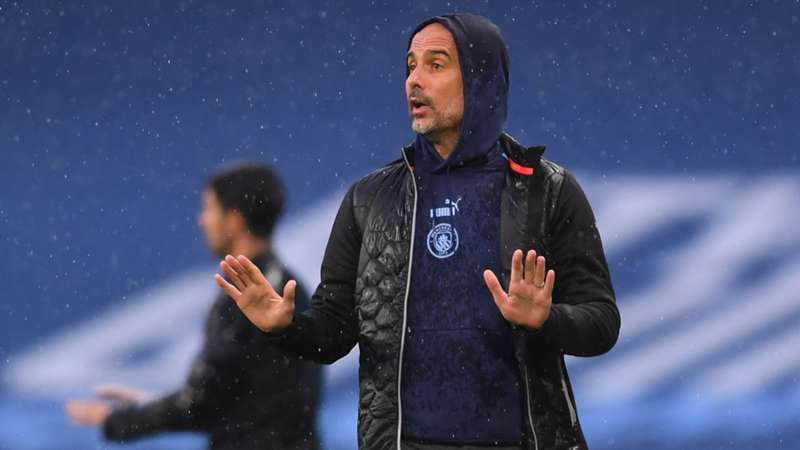