Chelsea hierarchy were not happy with Maurizio Sarri’s decision to bench Eden Hazard for Thursday’s clash against Eintracht Frankfurt, according to reports.

The Belgium international played 90 minutes in the draw with Manchester United on Sunday but was expected to start for Chelsea’s Europa League semi-final in Germany.


Instead, the Chelsea boss chose to start Eden Hazard on the bench and bring him on in the 61st minute.

Chelsea were able to secure a 1-1 draw against Frankfurt with Pedro cancelling out Luka Jovic’s goal.

According to The Times, Chelsea board were left ‘baffled and unimpressed’ by Sarri’s decision as they expect Hazard to start every game for the rest of the campaign.

Explaining his decision to start Hazard on the bench, Sarri said: ‘For a player that has 70 matches in a season, starting him from the bench is a normal reaction.

Sarri also claimed that Hazard understood the reason behind playing only part of the match against Frankfurt.

‘I don’t speak with the players that I want to put on the bench,’ said the Italian.

‘He is a player, so I have to do it otherwise I have to speak to everyone.

‘He was a normal way, joking as usual. He knows the truth very well.’

Chelsea could take a big step closer to getting a top-four finish in the Premier League with a victory over Watford on Sunday.


Sarri’s team will then play Frankfurt in the second leg of their Europa League semi-final at Stamford Bridge next week before their final Premier League game of the campaign against Leicester City next Sunday.

Fri May 3 , 2019
Virgil van Dijk has issued a warning to Lionel Messi and Barcelona after Liverpool’s 3-0 defeat in the first leg of the Champions League semi-final game. Barcelona secured a win at the Nou Camp on Wednesday night, through goals from Messi and Luis Suarez putting the League champions in control. […] 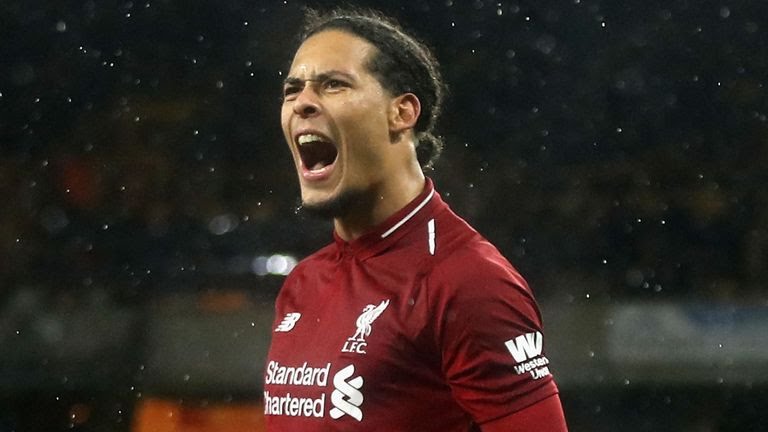