Chelsea have told Callum Hudson-Odoi that they are unwilling to allow him leave, after the teenager handed in a transfer request.

The 18-year-old, who has only 18 months left on his contract, has been the subject of a £35m offer from Bayern Munich.


The winger stated his intentions to leave on Saturday, having made only five starts for Chelsea this campaign.

The club’s desire for him to stay was re-iterated by assistant Gianfranco Zola after Sunday’s FA Cup win.

Hudson-Odoi scored in the 3-0 win at home to Sheffield Wednesday, but is yet to start a Premier League match for Chelsea.

He handed in a transfer request after concerns about his playing time at the club and wants reassurances that he will get more starts.

“We believe in what he can do for this club,” Zola said. “We don’t know many 18-year-olds who are playing as much as him. It shows we believe in him.”


Chelsea’s refusal to sell means that Hudson-Odoi’s value is likely to drop when he enters the final year of his deal in the summer.

By then Chelsea will also have the American winger Christian Pulisic available who was signed from Dortmund earlier in the transfer window before being loaned back for the rest of the season.

Liverpool to sign star in £30m deal after opening talks

Mon Jan 28 , 2019
Liverpool have reportedly opened talks with Serie B side Brescia over the potential signing of midfielder Sandro Tonali. The 18-year-old has been outstanding in the second tier of Italian football, and attracting the attention of a couple of European clubs as a result. He is dubbed the ‘new Andrea Pirlo,’ […] 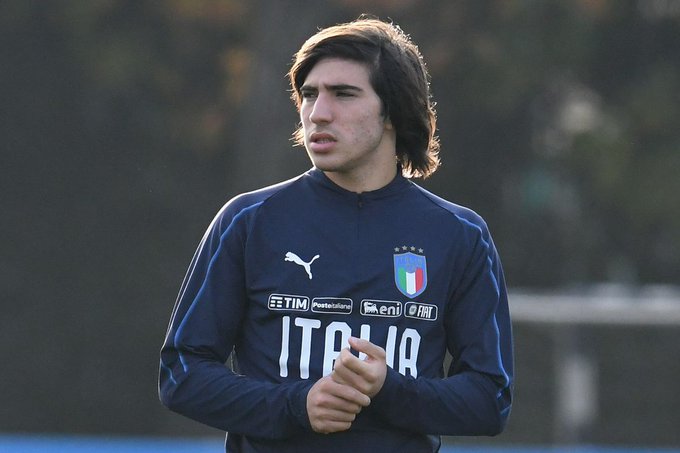