Chelsea have accepted defeat in the race to sign Alisson, who is set to join Liverpool, and have already drawn up a three-man goalkeeper shortlist, according to reports.

The Blues are willing to allow Thibaut Courtois join Real Madrid in a £35million deal rather than losing him for nothing next summer when his contract expires, with the Belgium international not interested in signing an extension.


Alisson had been top of Sarri’s wish list, but the Brazilian is currently in Liverpool to undergo a medical and finalise his record £66.8m transfer.

According to the Evening Standard, Chelsea have highlighted a list of three goalkeepers in mind to replace him.

Leicester City shot-stopper Kasper Schmeichel is top on the list, even though he has three years left on his contract, and the Chelsea’s  transfer team are big admirers of a goalie who counts as homegrown.

They are also considering AC Milan teenager Gianluigi Donnarumma, who has a poor relationship with the Italian club after agitating for a transfer last season.


The third name being considered is Jordan Pickford, whose value rose considerably during the World Cup, though Everton would want to make a huge profit on the £30m they paid last summer to let him leave.

Despite reports that Petr Cech could head back to Stamford Bridge, Chelsea have not made a move for the veteran Arsenal goalie who is focused on challenging Bernd Leno for the No.1 spot.

Thu Jul 19 , 2018
New Liverpool signing Alisson Becker says he is happy to have joined the club and has revealed why he chose Liverpool despite interest from both Chelsea and Real Madrid. Liverpool made Alisson the most expensive goalkeeper in history by paying Roma £66.8million to get him, beating off plenty of competition. […] 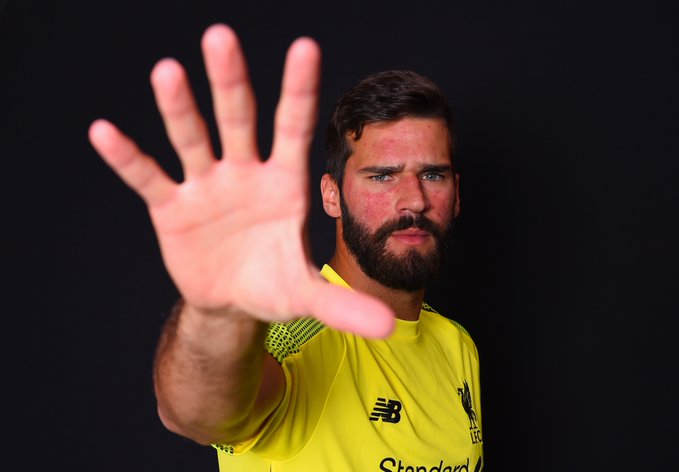