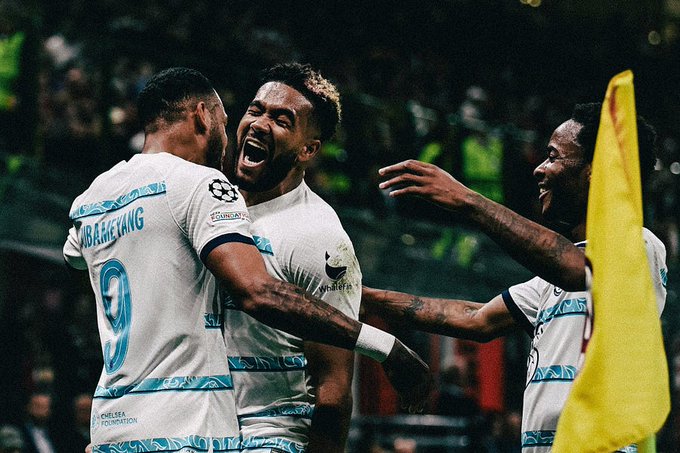 Chelsea and England have been handed a huge boost with Reece James’ injury not believed to be serious, according to reports.

James fell to the ground clutching his knee after a collision with Theo Hernandez in the UEFA Champions League game against AC Milan on Tuesday night.


He was replaced just after the hour mark, sparking concern for Graham Potter and Southgate with England’s World Cup campaign starting in less than six weeks.

The Chelsea manager was unable to give an update after his team’s 2-0 win at San Siro but the Guardian claim James ‘will not be out for long’ with early signs suggesting the knee injury is not serious.

‘Reece, we’re hoping he’ll be okay,’ Potter said after the win in Milan. ’24-48 hours is too early to give you anything more than that.’

James tweeted on Tuesday night: ‘Fingers crossed it’s not a bad one. Love for all the messages, I appreciate you all.


The 22-year-old has taken part in all but one of Chelsea’s Premier League matches this campaign –rested for a midweek defeat to Southampton in August – and has played the full 90 minutes in six of Chelsea’s other seven matches.

Chelsea were handed an early advantage in Milan when former Blues defender Fikayo Tomori was shown a red card after only 18 minutes with Jorginho rolling home the penalty.


Mason Mount was tugged back by his former teammate to win the penalty and conceded he felt the referee’s decision was harsh.

‘He’s obviously my mate, I’ve known Fik for a very long time and I felt for him in that situation, I was gutted for him,’ Mount told Chelsea’s official club website.

‘I don’t think it was a sending-off. Was it a penalty? Maybe yes. I’m an honest player and I want to try to score a goal and he pulled me back a little bit, but I feel for him for that decision. It’s a tough one.

‘I felt him trying to pull me back, but I was running to goal so I wasn’t going to go down and I felt like I could still have an opportunity to score.

‘So I carried on going, didn’t score and then obviously the ref blew up and gave a pen straight away. I was probably a bit surprised at the time because I’ve still gone through and had a shot.

‘It was hard to see him get sent off. You still want to be playing 11 versus 11 and going at it with two good teams, so it maybe ruined the game a bit. It was massive for us and we obviously wanted to win the game, which we did, but I still feel for Fik a lot.’

4 months ago
Rob Green has predicted the number of goals Pierre-Emerick Aubameyang will score this campaign after the Chelsea striker continued his fine form in the Champions League win over AC Milan. Aubameyang, who joined Chelsea from Barcelona on deadline day, has scored three goals in his last three appearances, helping Graham […] 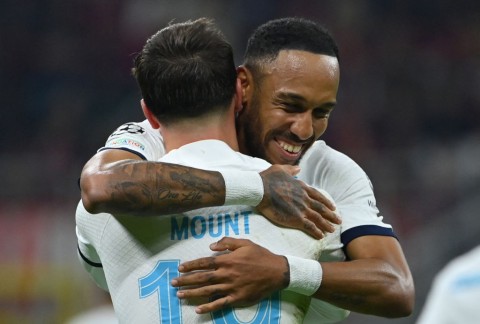