Chelsea want to take advantage of the uncertainty at Real Madrid by trying to offer a new contract to Eden Hazard. And Hazard could yet be given the Chelsea captaincy if he stays at the club.

Hazard is waiting for a signal over whether or not Real will make a move to sign him next campaign before deciding whether or not to sign an extension to his Chelsea deal.


But Real are busy trying to sort out their managerial situation after the sack of Julen Lopetegui and installing Santiago Solari, initially as interim.

A move to appoint Antonio Conte has hit a snag, while Real would have to wait until the end of the campaign to realistically stand a chance of getting either Mauricio Pochettino or Jose Mourinho.

Belgium manager, Roberto Martinez, has also been linked with the post although the Belgian FA have said they have received no approach for him.

Eden Hazard’s advisors have recently visited London and Chelsea want to set up meetings aimed at trying to convince him to stay at the club.


There remains a strong fear inside Chelsea that Hazard sees this as his last opportunity of achieving his dream of playing for Real and that he will seek a transfer to Spain.

By sticking with Gary Cahill as club captain while his contract runs down towards its expiry at the end of the campaign and Azpilicueta as deputy, Sarri has left open the option of Hazard taking the armband.

Asked why it had taken him three months to confirm Cahill will keep the captaincy, Sarri added: “Cahill was the captain last season. I spoke with his team-mates and they all told me he really was a very good captain.”


Cahill had suggested he could leave Chelsea in January, but has since been given more game time in the League Cup and Europa League by Sarri.

“It depends on him,” said Sarri. “He played very often in the last seven or eight matches. I don’t know. It depends on him and the club. For me, Cahill is very important on the pitch and out of the pitch.”

Sat Nov 3 , 2018
Tottenham head coach Mauricio Pochettino has responded to claims of approaches from Real Madrid, believing it will help his current status at the club. The Argentine boss was quick to play down reports of offers after Julen Lopetegui’s sack, suggesting they don’t have as explosive an effect as they would […] 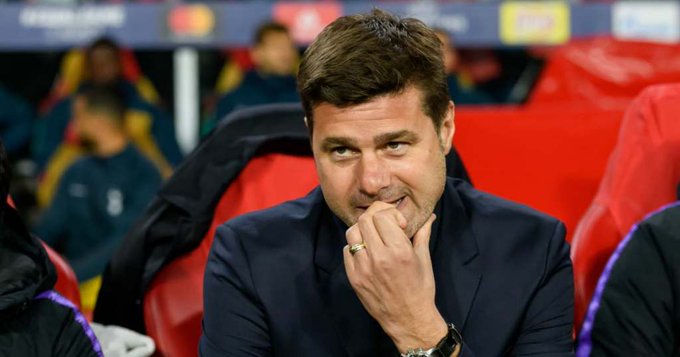