Inter Milan manager Antonio Conte says it is “important” to sign Romelu Lukaku for the Italian side from Manchester United this summer window.

According to Sky Sports News, Inter have offered £63m for the Belgian attacker, with the payments structured over several seasons, but Manchester United are holding out for more than the £75m they paid to get him two years ago.

Lukaku is on United’s pre-season tour in Asia but is yet to play any game, and Ole Gunnar Solskjaer revealed he will not play against Inter in their International Champions Cup game on Saturday due to injury.

Asked ahead of that match, Asked whether he was frustrated by the lack of progress towards signing Lukaku, Conte said: “Frustrated is a big word. Lukaku is United’s player and this is the reality.

“You know very well that I like this player, also in the past when I was Chelsea’s coach and I tried to bring him. But I repeat: today Lukaku is a player of United. I have great respect for United.


“I consider him an important player for us to have a good improvement. We know which is our situation; we will see what happens.”

Inter’s attempts to sign Lukaku are being held up by the lack of interest in Mauro Icardi, who is not part of their team in Singapore and has been told by the club he can leave. 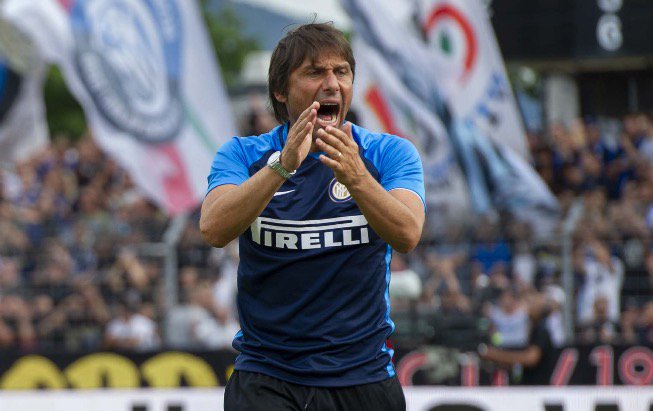 When quizzed on the future of Icardi – who was formerly Inter’s captain – Conte said: “The club was very clear to tell that he is out of Inter’s project.”


While Lukaku has been ruled out of United’s match against Inter Milan, Solskjaer says David de Gea and Luke Shaw could return to play a part after missing the 4-0 win over Leeds on Wednesday.

Solskjaer said: “I think both will be available. Luke did a decent training session yesterday before we left, and David trained today, so we’ll try to get 60 [minutes] or longer out of him. It shouldn’t be too difficult – he’s a ‘keeper.”

However, Matteo Darmian and Fred have both joined up with the squad, and they will both be assessed.

Sat Jul 20 , 2019
Manchester United have rejected a bid of £53.9m from Inter Milan for Belgian striker Romelu Lukaku, According to Sky Sports News. The offer falls well below Manchester United’s valuation of the 26-year-old Belgium international, who signed from Everton just two years ago for £75million. Inter Milan head coach Antonio Conte has […]