Thibaut Courtois says he is ‘rooting’ for Chelsea in the Champions League after his former team knocked Real Madrid out in the semi-finals.

Chelsea beat Real Madrid 2-0 at Stamford Bridge to clinch a 3-1 aggregate win and set up an all-English final against Man City.


Courtois spent seven years at the London club before joining Madrid in 2018 – winning two Premier League titles with the club – and hopes they win the Champions League.

The Belgian keeper told beIN SPORTS: ‘Chelsea is a great team and I had some amazing years here. Nothing has really changed.

‘I obviously wanted to win tonight but now we didn’t I will be supporting them in the final. ‘I have plenty of friends and former teammates here so I only wish them the best for the final and I will be routing for them.’

Real Madrid manager Zinedine Zidane, meanwhile, conceded Chelsea ‘deserved’ to win the semi-final tie but said he was ‘proud’ of his players despite their exit.

‘The players who have played tonight were fit to play. I’m proud of my boys: we tried, we have got this far – just one game from the final. Chelsea played a great match and have gone through and we have to say well done to them.


‘We needed to be better going forward. We didn’t have any clear chances, they made a number of them and that’s football. But as I’ve said, I’m very proud of my boys. Now we rest and think of the Liga.

‘Of course we’re not happy. When you lose a semi-final you can’t be happy and that’s normal. It’s tough to take, but tomorrow we’ll be back out on the training pitch ready to go again.’

2 months ago
Mason Mount has fired back at Toni Kroos after the midfielder said he didn’t lose sleep before Real Madrid’s Champions League semi-final game with Chelsea. Thomas Tuchel’s team held Madrid to a 1-1 draw in the first leg but in the return fixture on Wednesday, they sealed a convincing 2-0 […] 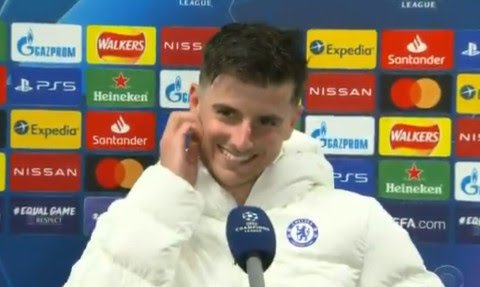