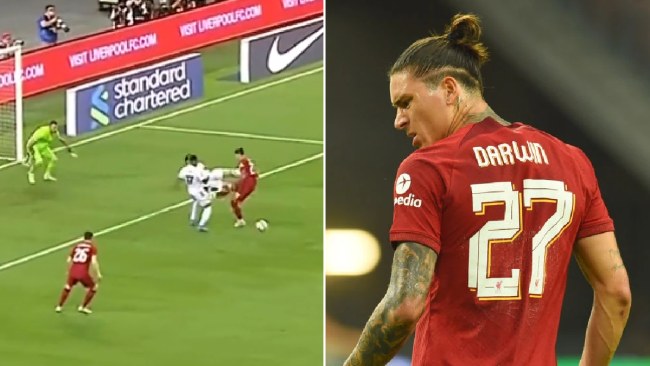 Darwin Nunez is paying no attention to the haters after he was mocked by rival fans for his display in Liverpool’s 2-0 friendly win over Crystal Palace.

The Uruguayan star missed a sitter in his first game for the club against Manchester United this week and once again struggled to live up to his £85m price tag in Friday’s friendly in Singapore.


Nunez was subbed on at the break as Jurgen Klopp effectively fielded two teams, though he was withdrawn after barely half an hour following an underwhelming display.

A compilation of his performance went viral on social media afterwards, featuring another poor miss and some wayward passing.


Against United, Nunez had blazed over the bar from 10 yards while against Palace he missed the ball after a pull-back from Alexander-Arnold.

In defence of the former Benfica forward, the cross took a slight touch off a defender before Nunez did a borderline air kick.

The compilation also featured a poor attempt to head the ball down to a team-mate – only finding a Crystal Palace player – as well as a lazy foul and a terrible pass which went out of play.

Nunez appears to be well aware of the pelters he is receiving from rival supporters and took to social media to post a defiant message.


The 23-year-old uploaded a number of images from the match against Palace to his Instagram, adding a ‘sssh’ emoji as well as another of a man pointing at his ear.

Nunez also uploaded the same images to Twitter with the caption ‘resilience’.

Asked about the online mocking his new signing has received before the game, Jurgen Klopp said: ‘I’m not worried at all. The general judgement [on Nunez] is absolutely nil interest [to us]. It will be like this, and we all know it.

‘It’s kind of a game or a joke for some people to pick out some situations where a player’s not doing well. That’s only a game from [fans of] other clubs, which is normal.

‘Our fans probably do [the same] with signings of Manchester United. We cannot take this seriously.’

Asked about Nunez and Fabio Carvalho’s performances against Palace after the game, Klopp said: ‘They were good, really good.


‘But I don’t think it makes too much sense to talk after a football game about individual players, to be honest, because I’m not sure exactly but I think 32 players round about we used tonight and I liked all of them, what they did, to be honest.

‘It looked really like proper football, our pressing was extremely obvious, which is very important for us. It’s still really early. I know we don’t have a long time, it’s only two weeks until we face Man City so we should not waste time, but we are only a week together now, with different circumstances – not in our training ground or somewhere in Europe where we are used to the circumstances.

‘No, we are here and we try to squeeze every minute out for training. Apart from Oxlade getting injured – muscle, hamstring, we will see how bad it is – the rest was absolutely top-class.’

7 months ago
Former Chelsea manager Rafa Benitez believes Kalidou Koulibaly could struggle to adapt to the rigours of the Premier League after his move from Napoli. The 31-year-old has spent eight years in Serie A, carving out a reputation as one of the most dominant defenders in world football, but believes the […] 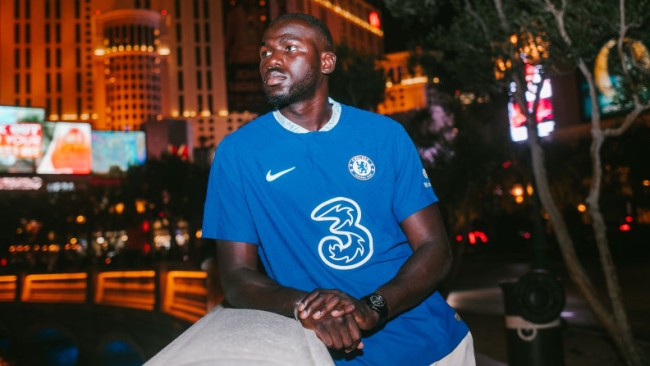