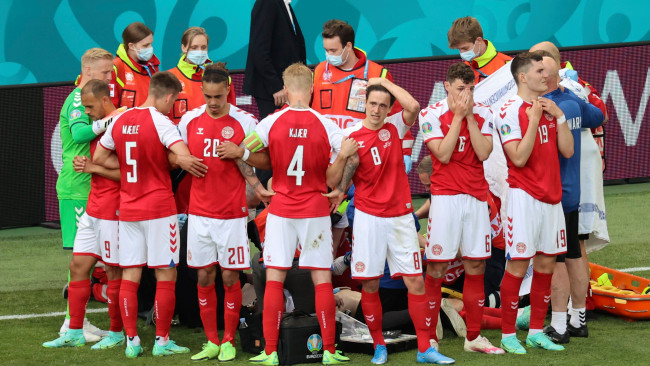 Peter Schmeichel says Denmark’s players were warned that they would forfeit their match against Finland if they decided to not restart the game after Christian Eriksen’s collapse.

Eriksen suffered a cardiac arrest in the first half on Saturday and needed CPR from emergency medical staff on the pitch.


Denmark’s players, who had formed a protective ring around Eriksen while he was receiving treatment, were visibly distressed by the situation. But the game continued later on Saturday with Finland securing a 1-0 win.

Schmeichel, whose son Kasper comforted Eriksen’s partner, Sabrina Kvist Jensen, on the pitch while the midfielder received treatment, claims Denmark were given three options – restart the game on Saturday, play the game at noon on Sunday or forfeit it with a 3-0 defeat.

When asked about the decision to restart the match after Eriksen was taken to hospital, Schmeichel told ITV’s Good Morning Britain: ‘Well that’s an interesting debate.

‘I actually saw an official quote from UEFA yesterday saying that they were following the advice of the player, the players insisted on playing… I know that not to be the truth.


‘Or, it’s how you see the truth. They were left with three options, one was to play immediately and get the last 50 minutes played.

‘The next one was to come in yesterday at 12 noon and finish the 50 minutes and the third option was to forfeit the game, 3-0.

‘So work it out for yourself. Is it the players’ wish to play? Did they have any choice really? I don’t think they had.


‘As you can hear from yesterday’s press conference, the coach, he seriously regrets putting the players back on to the pitch.’

Speaking on Sunday, Denmark’s manager, Kasper Hjulmand, admitted that his players were not ready to restart the game after Eriksen’s collapse.

‘No, we should not have played,’ said Hjulmand. ‘Players have different reactions to shocks and trauma but we’ll try to get back to normal as much as possible.

‘I get the feelings from the players that maybe the time is too short to try to play football again, but maybe we can use it as a force to get together and try to go out and do our best in the next match.’

2 months ago
Cristiano Ronaldo is adamant that he is not concentrating on his future after being linked with a return to Manchester United this summer transfer window. Last month, reports claimed that the Portuguese forward is seriously considering a move back to Old Trafford, while Juventus are ready to offload the player. Paris Saint-Germain have also been linked […] 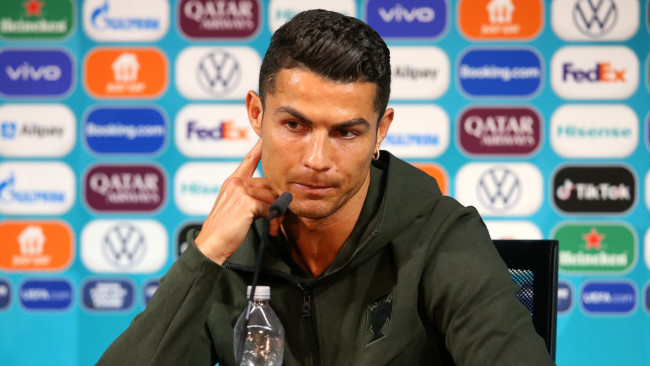