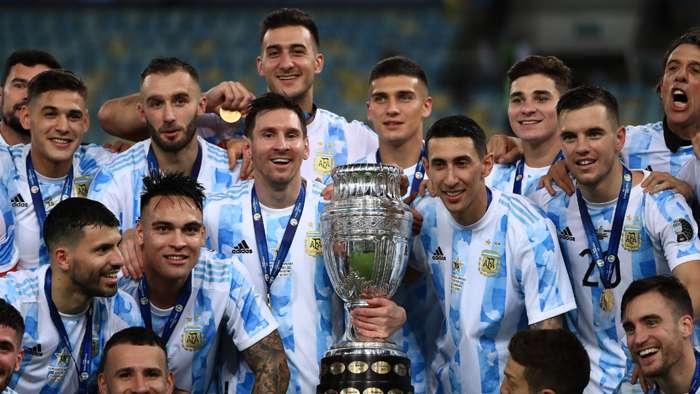 Angel Di Maria revealed that Lionel Messi told him the Copa America final would be his moment to shine as they helped Argentina seal the win over Brazil.

Di Maria scored the game-winning goal in the 1-0 victory over the Selecao, helping Messi to finally get his hands on the senior international trophy.


The PSG star’s goal came after he was forced to miss several big matches in recent years due to injury problems, including the 2016 Copa America final, making the triumph all the sweeter.

“It’s going to be unforgettable,” Di Maria said after the game. “Messi told me thanks to me, I said thanks to him!

“He told me that it was my final, that it was the rematch for the finals that I couldn’t play. It had to be today and today it was.”

He added: “I am happy for my daughters, my wife, my parents, all the people who supported us and for all the crazy people who came here.


“A World Cup is coming up soon and this is a huge boost.”

While it was Di Maria that got the important goal, Rodrigo De Paul was also superb in midfield, helping Argentina take it to a strong Brazil side.

Messi has scored four goals to get Argentina this far, and De Paul was glad to be one of several team-mates to pay the Barcelona forward back with a trophy.


“This is more than we dreamed of,” De Paul said. “Being champion in the Maracana against Brazil exceeds all kinds of expectations. I am very happy.

“Messi needed everyone, and we needed him. He is the best of all time.” .

3 weeks ago
Chelsea legend Frank Lampard praised Gareth Southgate’s ‘clever’ decision to change to a five-man defence for Sunday’s Euro 2020 final against Italy. The England manager has tweaked his tactics depending on the opposition throughout the Euros. England last used the formation during their 2-0 victory over Germany at the last 16 stage. Reacting […] 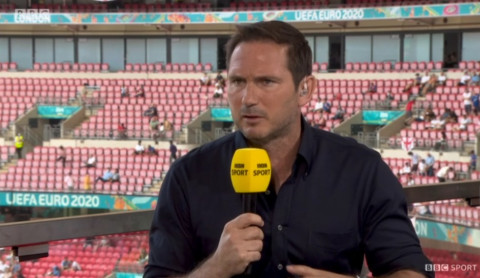