Manchester United’s executive vice-chairman Ed Woodward privately concedes he made a mistake by signing Alexis Sanchez , according to reports.

The Chile international was widely expected to join Manchester City in the summer of 2017 but he made the surprise move to Old Trafford the following January window.


Sanchez has failed to find his best form at the club, scoring just five goals in 42 matches.

And now United are open to allowing Sanchez to leave United at the end of the campaign, although they face a hard task of offloading the 30-year-old as clubs are not willing to match his high salary.

Sanchez currently earns basic wage of close to £400,000 every week, which is topped up by lucrative bonuses which includes a £75,000 appearance fee every time he plays for the club.

United offered Sanchez a four-and-a-half year deal when he arrived at Old Trafford and according to The Sunday Times, Woodward is now believed to consider that decision a mistake on his part.


The report also claims that Woodward is refusing to meet David De Gea’s wage demands as he is careful on repeating the same mistake he has made with Sanchez.

De Gea, who will have just a year remaining on his contract at the end of the season, is asking to be handed the same salary Sanchez is earning at United.

Meanwhile, Ole Gunnar Solskjaer has warned his team that he will not tolerate passengers in the squad.

‘As a club we cannot carry players. Everyone has to take ownership, keep improving, show that hunger that you want to get better individually and as a team,’ said Solskjaer.

‘I’m not just talking about Alexis individually. Everyone is under the same demands.

‘But to go to Alexis, he’s not been lucky with injuries.


‘Since I came in, he’s had two long-term injuries and that hasn’t been beneficial to him, and some other players have had injuries as well.

‘Alexis has got a fantastic talent when he’s playing at his best level, of course we want him performing for us.’

Mon Apr 22 , 2019
Ole Gunnar Solskjaer has warned his under-performing players that he “will be successful” at the club but some of them “won’t be part of that”. United, who will play Manchester City on Wednesday, produced a poor performance as they were thrashed by Everton on Sunday. Solskjaer apologised to fans after […] 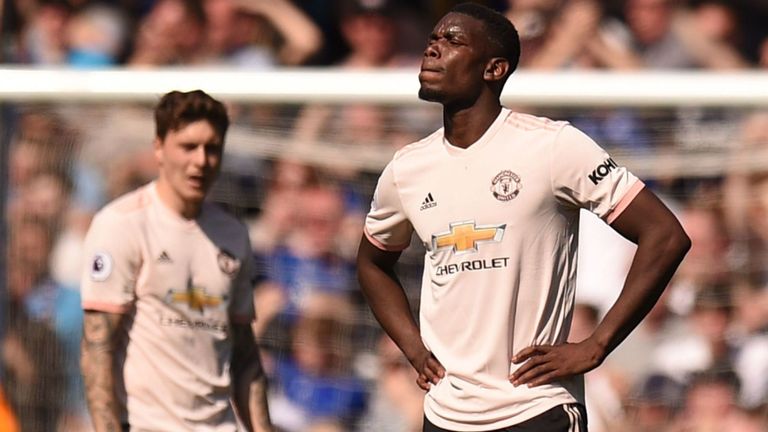