Chelsea forward Eden Hazard has told the club’s board to honour their commitment of letting him join Real Madrid this summer transfer window.

The Belgium international was keen on leaving the club after the World Cup in 2018 and conceded earlier this campaign that he had told the club of his desire to leave.


However, Maurizio Sarri convinced Hazard to stick with Chelsea for one more year and the club made it clear that they would not stand in his way should he decide to leave for Real Madrid, according to the Sun.

Zinedine Zidane’s return to the Bernabeu has convinced Hazard to make a transfer to Madrid this summer but Chelsea want a fee of around £100million.

According to the Sun, Chelsea have rejected an opening bid of around £68m and this made Hazard’s camp unhappy.

The Belgian has reportedly reminded Chelsea’s board that they had an agreement and he believes that they will settle on a reduced fee.


Hazard is entering the final year of his contract at Stamford Bridge and will not sign a new deal if the blues hold him against his will.

Madrid are hopeful of agreeing a deal very soon and Chelsea are also want the transfer saga to come to an end sooner rather than later.

Zidane will be handed significant funds to revive Madrid, and he returned to the club earlier this campaign on a promise that the club will back him in the transfer market.


The Frenchman has made no secret of his admiration for Eden Hazard and wants to make him a key signing this summer.

Sarri issues response to Cahill over lack of respect comments

Mon May 6 , 2019
Chelsea manager Maurizio Sarri played down Gary Cahill’s comments on Sunday after an extraordinary attack from the defender. Cahill came off the bench in the 88th minute on Sunday in his farewell to the Stamford Bridge faithful, playing the final moments of his team’s 3-0 win over Watford.  It was his eighth […] 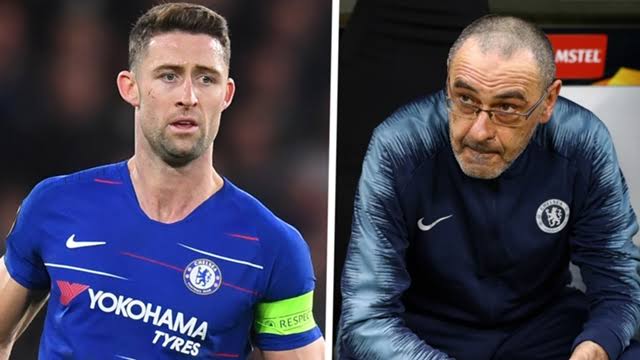