Edinson Cavani says that he would like to see how Premier League teams would perform in Ligue 1 after Paris Saint-Germain’s Champions League loss to Liverpool.


PSG had been trailing 2-0 in the game, however they managed to pull level through Thomas Meunier and Kylian Mbappe, but Firmino’s last-minute strike was enough to get the win for Liverpool.

Liverpool edged the possession stats and seemed to be in control for most part of the game, leading some commentators to compare the quality of the Premier League and the French Ligue 1.

However, Cavani has dismissed the claim that the French league is inferior to the Premier League.

“The best teams in Europe play in the Champions League and when you face them, sometimes you win, sometimes you lose,” Cavani told reporters after the game.

“I would like to see Premier League teams play in Ligue 1 so we could see how good they are.


“I wouldn’t disparage the French league, as France are the current world champions and many of their players play in Ligue 1.

“French teams have been playing in the later stages of the Champions League in the last few years. So I just think, this is football. It is what it is.”

PSG have never qualified past the quarter-final stage in the Champions League and will be hoping to smashthat record this season.


PSG now have five more games to ensure progression from Group C, with games against Red Star Belgrade and Napoli to come in October.

Wed Sep 19 , 2018
Chelsea forward Eden Hazard has been left out of Chelsea’s squad for their Europa League trip to PAOK. Maurizio Sarri indicated he could rest the Belgian after he scoring a hat-trick in Saturday’s Premier League win over Cardiff City at Stamford Bridge. And Hazard is the main absentee from the […] 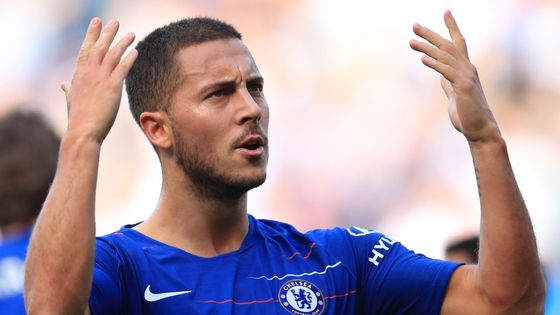