Arsenal head coach Unai Emery has confirmed that Lacazette’s ankle injury is ‘not serious’ after the striker was forced off in the first half of their 2-1 loss to Lyon at the Emirates Cup.


Lacazette appeared to role his ankle while trying to evade a challenge in the 13th minute against Lyon and the 28-year-old Frenchman required treatment before leaving the pitch.

Reiss Nelson came on to replace Lacazette for the remainder of the game, but it’s understood the substitution was made as a precaution with Arsenal confident the France international will make a quick recovery.

The Gunners started promisingly, with Aubameyang finishing well to open the scoring, but a quickfire double from second-half substitute Moussa Dembele gave Lyon the win.


While Lacazette was pictured limping out of the pitch with a protective boot, Unai Emery said that the striker’s ankle problem was nothing concerning.

‘The doctor said to me he’s going to check tomorrow… it’s in his ankle,’ Emery said after Arsenal’s loss. ‘He’s going to be assessed over the next few days – it’s not serious.’

Lacazette told Foot Mercato reporter DahbiaHattabi that he had only twisted his ankle and was substituted out of the pitch as a precaution.

The France attacker is confident that he will return to training very soon.


Arsenal then start their Premier League season on the Sunday of the opening weekend, travelling to face Newcastle in a game always likely to draw memories of the famous 4-4 draw back in 2011.

Mon Jul 29 , 2019
Former Barcelona striker Samuel Eto’o believes Eden Hazard has been undervalued throughout his career, and will become one of the best in the world at Real Madrid. ‘Hazard has to win the Ballon d’Or,’ Eto’o told Radio MARCA and El Partidazo of COPE.  ‘He hasn’t been valued enough but now he’s at one of the best teams […] 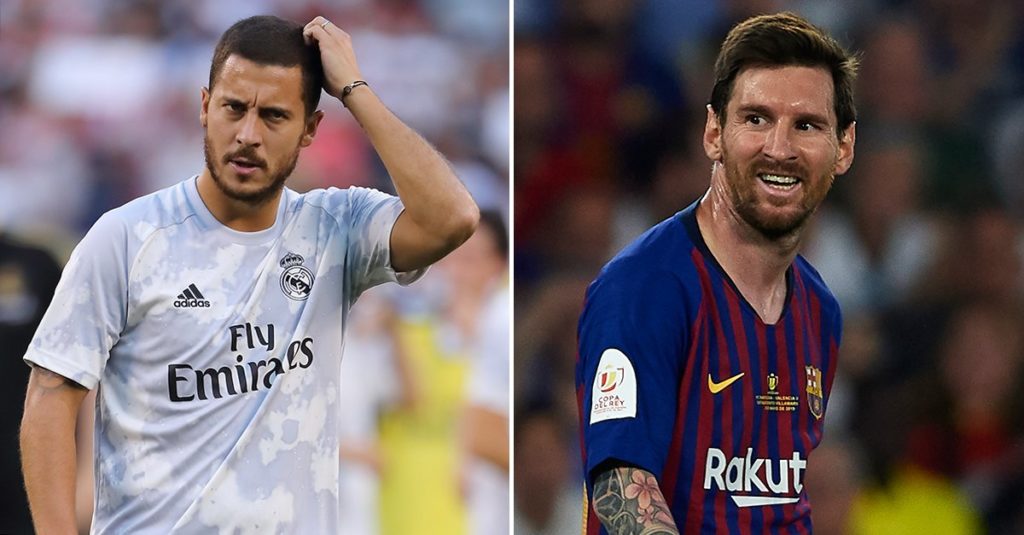