Unai Emery has confirmed that Mesut Ozil has been asked to play on the right wing for Arsenal.

The 29-year-old was mainly used in the No.10 role during Arsene Wenger’s reign but Emery is demanding the midfielder to be more flexible in his own system.

Emery has denied that he and Ozil were involved in a bust-up in training last week, an incident which reportedly led to him being left out of the squad for the 3-1 win over West Ham on Saturday.


But the Arsenal head coach has told Ozil that he will continue to be switched between the No.10 role and a position on the right wing.

‘I like the possibility to have the player play different positions on the pitch,’ said Emery.
‘It depends each match on us and on the opposition.

‘Mesut played with me on the right wing and also as No.10 and we are going to continue to do that.


‘Our demands are very high, very great.
I want to ask every player every day to give us more, not just Mesut, but the team, the squad.

‘I spoke with him about his best position on the pitch and I know he can play on the right and as the No.10 player.

‘Mesut in his career he played as a No.10 and on the right.

‘When he was playing in Madrid, I remember a lot of matches on the right. His quality is for playing between the lines and attacking.


‘He wants that I can use him for two positions. The most important is his mentality for helping the team with his quality and his performance.’

Sat Sep 1 , 2018
Pep Guardiola says he will not judge Jose Mourinho after the Manchester United manager said he deserved “respect” for winning three Premier League trophies. Mourinho has come under scrutiny following United’s back-to-back defeats against Brighton and Tottenham, which has left them 13th in the Premier League table with just three […] 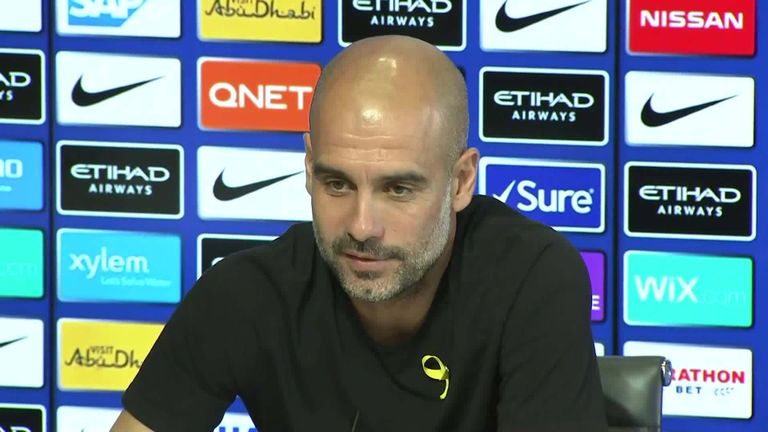