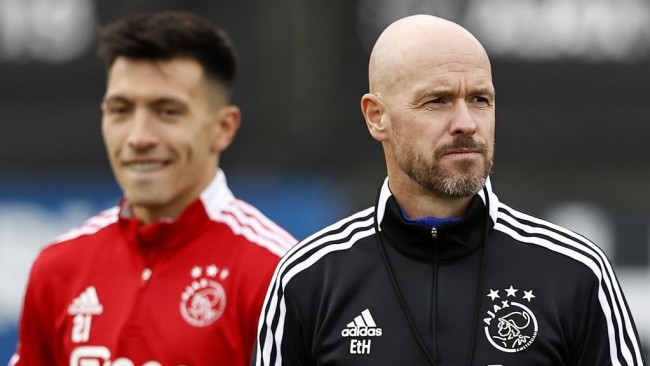 Manchester United boss Erik ten Hag has dismissed concerns about Lisandro Martinez’s height by saying the 5ft9 Argentine is ‘quite good in the air’.

The Red Devils confirmed a £57m agreement to sign the Argentina international on Sunday, with Ajax making a huge profit on the player they signed for just £8m two years ago.


Martinez played as a defensive midfielder and a left-back under Ten Hag in Amsterdam, but he was mainly used as a left-sided central defender.

The defender is quite comfortable in possession, has an eye for a pass and can drive out of defence with the ball.


But, there are concerns about his lack of height, with many feeling the 5ft9 Argentine star may struggle in the air in the Premier League.

But Ten Hag says he’s ‘comfortable’ with Martinez’s heading ability and that ‘timing’ is more important.

‘I think he’s not the tallest but he is quite good in the air,’ said Ten Hag. ‘I feel comfortable with that. Of course, you need the right balance.

‘He has good timing, that’s one of his capabilities. ‘I think the players who are there, we have the perspective immediately to contribute and also Martinez. We bring him in to not strengthen the squad, but the team.’


Ten Hag’s appointment was announced towards the end of last campaign, which gave the Dutchman the chance to analyse his new team.

He was present at United’s final day defeat to Crystal Palace at Selhurst Park and he’s had time to judge his new players for himself during pre-season.

Ten Hag says he saw the need for a left-footed centre-back during his analysis of the side last campaign.

‘I analysed United’s squad last year in the left part of the defence,’ said Ten Hag.

‘He is left-footed and that is an advantage in possession and also in defending. And I think he also brings a South American spirit, control, aggressiveness.


‘He can bring spirit to the team and in cooperation with the fans, I think it will fit really good to Manchester United and the way we play.’

7 months ago
Jules Kounde is excited at the prospect of teaming up with Kalidou Koulibaly at Chelsea as Todd Boehly looks to beat Barcelona to a £51m transfer deal for the Sevilla player in the coming days. Thomas Tuchel has been forced to shake-up his defence at Stamford Bridge after Antonio Rudiger […] 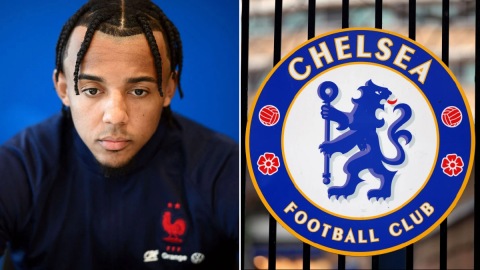