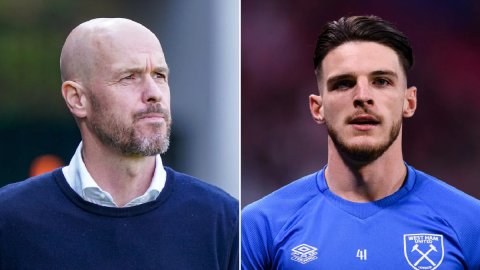 That is the opinion of former Chelsea and Republic of Ireland player Andy Townsend, who expects West Ham to receive ‘a bid or two’ for Bowen this summer.


Bowen has been superb since joining West Ham from Hull City in 2020 and is one of only seven players to have recorded 20 or more goal involvements in the Premier League this campaign.

An outstanding return of 18 goals and 13 assists in all competitions has seen Bowen linked with an England call-up ahead of the World Cup at the end of the year and a move to Liverpool.


Townsend believes West Ham face a fight to keep hold of the player ahead of this summer’s transfer window and says United could do worse than bringing him to Old Trafford.

Incoming manager Ten Hag is expected to bolster his United team with a number of new signings in the summer, with the club strongly linked with a move for Rice.

But Rice might not be the only West Ham player heading to Old Trafford, with Townsend telling talkSPORT: ‘Jarrod Bowen has been great. He’s been so good lately.

‘I tell you what, I bet you West Ham get a bid or two for him in the summer, I bet they do. ‘Would you have him at Manchester United? Like a shot you would.


‘He can play anywhere. I’ve seen him play up the middle for West Ham, on one side. For United, he’d get in the team wherever he likes! I would play him off the right-hand side.’

Asked whether Bowen should expect a call up from Gareth Southgate ahead of the Qatar World Cup, Townsend said: ‘He’s a good player.

‘Should he be on the plane? He probably won’t get on the plane, will he? It’s just happened a bit late and I think that most of the seats on that plane are taken.

‘With all of the players at the top of the field that Gareth has got to choose from, I don’t quite see him getting on the plane unless he features in some of these Nations League games and plays unbelievably well.

‘But he’s a dangerous boy, there’s no doubt about that.’

1 month ago
Liverpool skipper Jordan Henderson is in no doubt that Mason Mount will ‘bounce back’ from his penalty miss in the FA Cup final and says the Chelsea star has the ‘world at his feet’. Mount was one of two Chelsea players to miss from the spot at Wembley on Saturday, […] 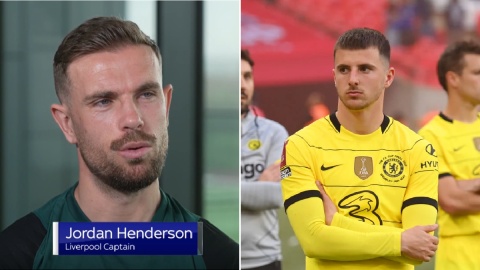