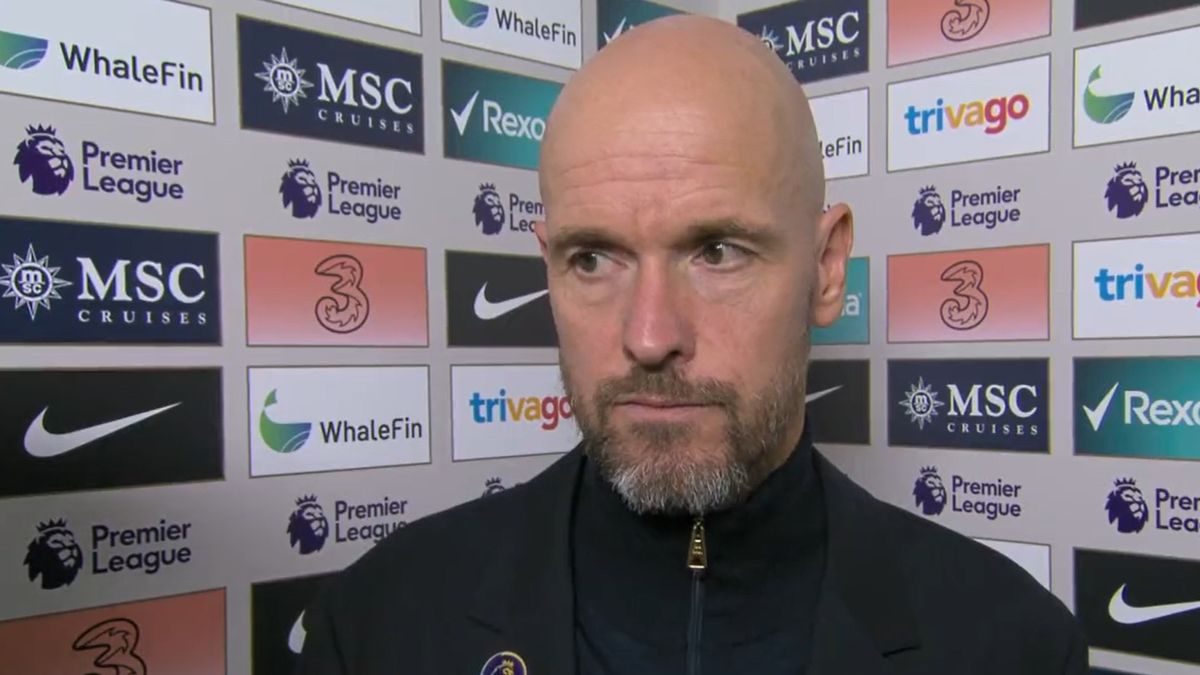 Erik ten Hag has hinted that Aaron Wan-Bissaka’s Manchester United career could be over after the 1-0 victory over West Ham.

The Red Devils edged out the Hammers in a tight affair at Old Trafford as they made it eight maches without defeat and moved ahead of Chelsea into fifth position.

Marcus Rashford nodded home the only goal of the match in what was a landmark 100th goal for Manchester United for the homegrown player.

But it was post-match comments about the development of right-back Diogo Dalot that has got supporters talking after the game.


Having struggled for regular game time at Old Trafford since moving from Porto in 2019, he is enjoying arguably the best form of his career and Ten Hag was keen to praise the Portugal international post-match.

‘I’m really happy with the development of Diogo,’ Ten Hag told Sky Sports. ‘His defensive positioning is growing from game to game, his time, also duels, are better from game to game and in possession I think he’s really good.’


The Dutchman added: ‘He [Dalot] has the breath to go up and down [the flank] so the development is really good, but I have to mention, I think a club like Man Utd need two good full-backs because we have a lot of games to cover.’

Wan-Bissaka had been unavailable for selection since mid-September due to a back injury, but was reported to be back in contention for the West Ham game.

But, he was not included in the squad at all, but even prior to his injury it was clear that the full-back was not fancied by Ten Hag, with Dalot or Ethan Laird starting ahead of Wan-Bissaka in pre-season.


Bringing a new right-back to the club was seen as a priority over the summer and will be again when the transfer window re-opens in January.

3 months ago
Gary Neville says Manchester United have a ‘great chance’ of making the top-four this campaign and finishing above Premier League rivals Liverpool, Chelsea and Tottenham. Erik ten Hag’s side moved to fifth in the Premier League on Sunday after beating West Ham United 1-0 at Old Trafford. Erik ten Hag […]