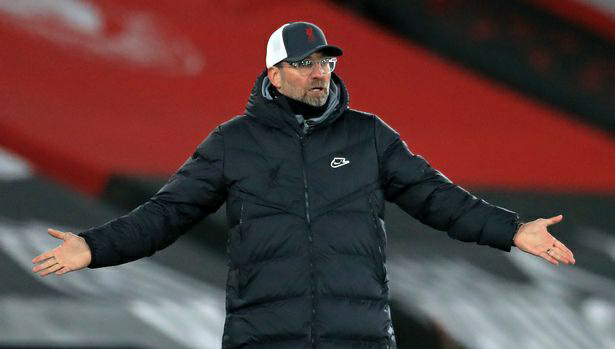 Liverpool manager Jurgen Klopp will face no action from the Football Association after criticising the referee Andre Marriner after the Reds’ 1-0 defeat to Southampton on Monday.

Klopp also questioned why Manchester United are given more penalties than his team after seeing the club fall to a third consecutive league game without a win.


He felt they should have had two penalties in the second-half penalties, when Wijnaldum’s shot hit Jack Stephens’ arm and also when Sadio Mane went to the ground after a tussle with Walker-Peters.

Klopp was unhappy with the decision not to give a penalty for the challenge on Mane. Speaking to Sky Sports, he said: “This boy tries to stay on his feet with all he has. In two situations… other teams will get a penalty for it, let me say it like this. Then the handball, I don’t know who will explain that to me.”

Klopp then expanded on his comments in the post-match press conference and spoke about United’s record of being awarded a lot of penalties under Solskjaer.

“We had a really good view of it [the Mane incident], and it looked like a clear penalty,” said Klopp. “I turned around to the fourth official and asked if it was going to be checked, he said it already had been and was not a penalty. That’s 100 per cent true, and now someone wants to tell me how quick they had it in all these different angles.


“Last year, there was a penalty against Leicester when people said Sadio Mane goes down too easily – if he goes down easily, we would have had a penalty in this game and the last game, a stonewall penalty, but what Andre Marriner did with Sadio Mane I’m not sure if that’s okay.

“The boy tried everything, had a few great challenges with Walker-Peters. But there were a lot of situations which should have been free-kicks. The last one, when he goes down, you see that back and in the box he hits him in the end with his left foot, that’s a penalty.


“We cannot change. I hear now that Manchester United had more penalties in two years than I had in five-and-a-half years. I’ve no idea if that’s my fault, or how that can happen.”

The Red devils stretched their unbeaten run in the Premier League to 10 matches as they recorded a 2-1 win over Aston Villa on January 1.

The FA can punish managers for comments about referees, but say they are allowed “provided they are not personal in their nature, imply bias or attack the integrity of the officials in charge of the match, or in any other respect bring the game into disrepute.”

Solskjaer fires back at Klopp over Man Utd penalties jibe

6 months ago
Ole Gunnar Solskjaer has responded to Jurgen Klopp’s penalty jibe, saying that managers who keep bringing it up are only trying to influence referees. Klopp spoke about United’s penalty record unprompted after his team lost 1-0 against Southampton in the Premier League on Monday. “I hear now that Manchester United had more penalties in […] 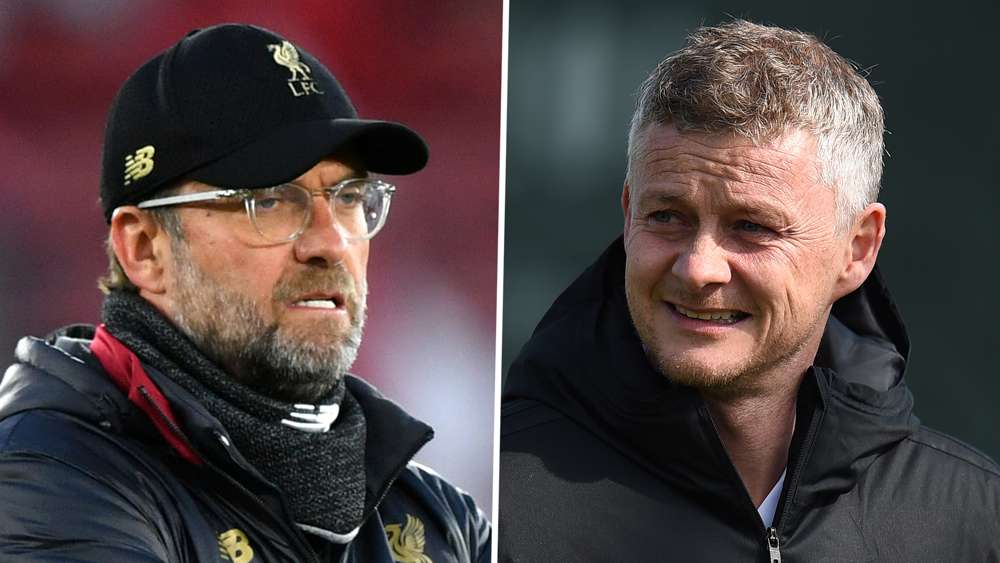