Cesc Fabregas has promised Chelsea supporters he is doing all he can to convince Eden Hazard to remain at the club.

Hazard revealed after the World Cup he wanted to leave, but insisted he would not force Chelsea to sell him.

Just a week after Hazard’s admission, Chelsea are reportedly believed to have reached an agreement with Real Madrid over a £170million move.


Chelsea fans are still holding out hope Hazard will stay at Stamford Bridge, especially with the possibility that Thibaut Courtois will also join Real.

And it seems it is not only the fans who want the Belgium international to stay, as Fabregas explained.

‘He knows the fans love him and he’s a player we love to play with. For sure, we want him to stay.’

Fabregas and Chelsea are set for a fresh start as the reign of Maurizio Sarri starts.

The Italian replaced the sacked Antonio Conte and will look to help Chelsea back into the top four of the Premier League.


Conte will be a difficult act to follow after winning in the Premier League title in his first season, and then lifting the FA Cup in his second year.

Chelsea are currently preparing for their first pre-season match and are in Australia ahead of a friendly with Perth Glory.

Sat Jul 21 , 2018
Manchester United head coach Jose Mourinho has signalled that Antonio Valencia is set to be club captain for the new campaign. The responsibility was held by Michael Carrick last campaign, who retired from playing at the end of the season and joined the club’s coaching team. Valencia skippered his side […] 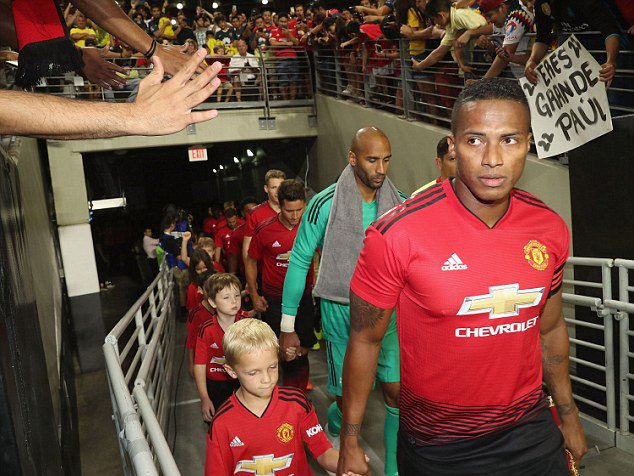