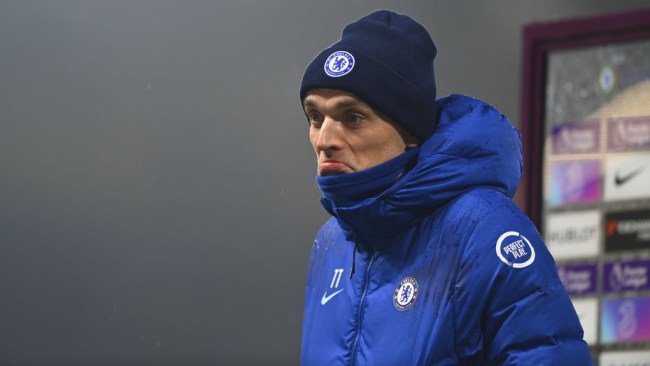 Rio Ferdinand believes Thomas Tuchel has a lot of work to do as Chelsea head coach after his side’s 0-0 draw with Wolves.

In a drab game at Stamford Bridge, Tuchel’s new-look team struggled to make the breakthrough in a frustrating first game as Chelsea manager.


Tuchel made several changes – some of which didn’t eventually pay off – and they were unable to break down Nuno Espirito Santo’s well-drilled Wolves.

One player who really impressed Ferdinand, was Callum Hudson-Odoi. Ferdinand felt it was the ‘best he’d seen’ of the youngster, who was good defensively as well as a source of creativity going forward.

And he felt that Tuchel will have learned that Christian Pulisic and Mason Mount – both of whom were on the bench – will prove to be very important to his side going forward.


‘You’ve got to want to hurt and penetrate against teams. ‘We’ve said that at half-time, there wasn’t much more really until Pulisic and Mason Mount came on the pitch and they looked a little bit more threatening. Listen, you can’t judge him on this game.

‘It was the best I’ve seen Hudson Odoi to be honest with you. He was the most creative player, he was the outlet. Late on in the game he defended well.


‘What he would have learned is he’s gone for experience today but I think Mason Mount and Pulisic are the people who are going to give him that thrust up the top of the pitch.’

3 months ago
Thomas Tuchel says he is confident it won’t take long for his new Chelsea changes to get to grips with his tactical demands after last night’s goalless draw against Wolves. The German coach took charge of his first game after his appointment as Frank Lampard’s successor was confirmed and named, […]