Chelsea new boss Frank Lampard is searching for his first win away at Norwich City on Saturday after failing to find a win in his first three competitive matches in charge.


Lampard has experimented with both Olivier Giroud and Tammy Abraham upfront, while Batshuayi is being kept at the club after returning from his loan spell at Crystal Palace. But Lampard doesn’t believe his three strikers should be left to carry the load alone.

Instead, the former midfielder is hoping to get contributions throughout the squad as his team looks for the right answers in front of goal.

“Look at Liverpool. Across the front three, they scored 60-something goals last season between the three of them but every team is its own entity and it doesn’t have to be one way to win a game or to score a goal,” Lampard told reporters.

“We have to score from different areas of the pitch and that’s pretty clear. We need to score more goals at this moment, for sure. That’s work for the squad. We will have to find it among the group.


“I know those stats and I know how many goals Eden Hazard was part of, in terms of scoring and assisting. So, they are facts that are real and ones we have to try to address with work. Which means, can we score goals from other areas of the pitch?

“Can we be more clinical upfront? And then the challenge is clear for the strikers and the attacking players. Can you be the players to score those goals? Because I agree the top teams in the league tend to have players that are scoring regularly.

“They do win games that are tight, who do make you clear in games in good periods, that you score enough goals to put the game to bed. And that’s a challenge for us because it’s something we aren’t doing and we need to do.”

“But I haven’t considered that, and the players should just play as they play. There is enough quality in this team to win games for sure without Eden.

“I understand certainly [Mateo] Kovacic, he has the ability and quality in his game and talent to chip in with goals, but I can’t ask them to be all things in one at one point, [like expecting] Jorginho to set the tempo from midfield and knock in 10 goals a season.

“That would be tough. But as a team and from the wide areas and certainly from the striking areas, if players like Mason [Mount] and Ross [Barkley] have those attributes. Ruben [Loftus-Cheek] when he was in the team last year has those sorts of attributes.


“Those players, of course, I would ask for a contribution from them. Goals are important from the modern midfield player to try to reach double figures and more. I have belief in Tammy and Oli and Michy, our wide players, from midfield. to score goals.

“It is certainly not the way we should be looking at it, ‘I wish we had a Didier Drogba.’ No, this is 2019. We need to try and score goals and look at the problem ahead of us.”

Sat Aug 24 , 2019
Liverpool defender Virgil van Dijk has rejected suggestions that the club are playing a higher defensive line this campaign amid criticism of their poor performances at the back. The Merseysiders are yet to keep a clean sheet this campaign despite being dominant defensively in the 2018/19 season, while Jamie Carragher […] 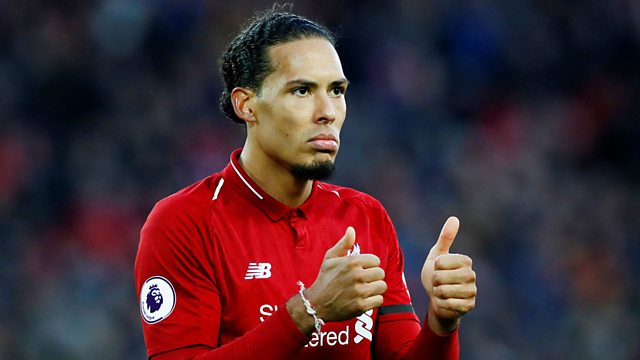