Chelsea defender Gary Cahill might have snubbed Fulham because he believes Maurizio Sarri is on thin ice.

That’s according to former Premier League defender Stephen Warnock who says the veteran defender is playing the long game.

Cahill was widely expected to move to Fulham during the January transfer window, Howevera transfer failed to materialise despite the interest.


Warnock told 5Live: “The players are coming out now and challenging Sarri whereas they didn’t challenge Pep, they agreed with everything Pep said because they knew it was the right thing to do.

“Now with Sarri, when we go back to the Gary Cahill incident at this moment in time, he must be sat there thinking, ‘I’m not going because I’m getting a sense of something in this changing room that the players are not having this.’

Ian Denis added: “Cahill rejected an opportunity to go to Fulham so Cahill is going to be staying at Stamford Bridge then he’ll asses his option in the summer.”

Maurizio Sarri has previously conceded that Cahill can’t expect much game time under him at the club.


“I respect him very much because he has won everything with this club, but then I have to do my job,” he explained.

“Every match I have to choose.
“For me it is not [possible] to have him on the bench.

“Maybe he is the best [of our defenders] in the box, but our defenders may play 100 or 110 balls in a match so I need defenders [to play] very technically.

“It is not my decision, it is up to him and the club [whether he stays].

“He is in the last year of the contract, he has to decide for a new contract here or another club.


“For the [players] over 30 the club usually offers only one year of contract.

“If he has an offer of three years [somewhere else] he can of course choose something.

“It doesn’t depend if I am sentimental or not.”

Sun Feb 3 , 2019
The plane that was carrying the missing Cardiff City forward, Emiliano Sala , and pilot David Ibbotson has been found, his family has been told. A search boat located the wreckage on the seabed of the Channel on Sunday. The Piper Malibu aircraft disappeared from radars close to the Channel […] 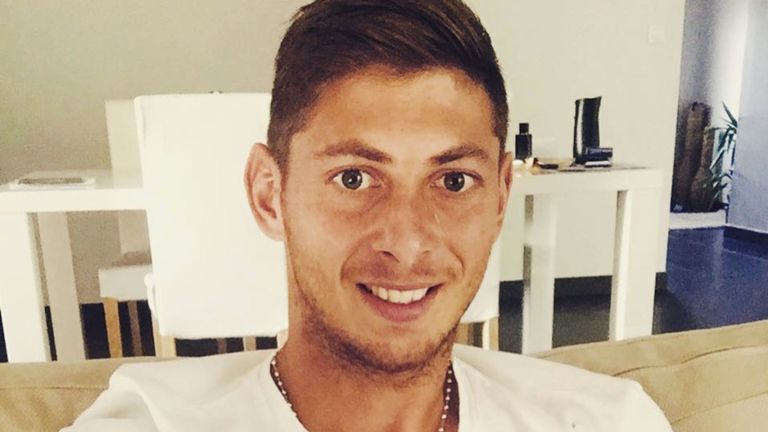