Olivier Giroud has caused some controversy in the wake of Chelsea’s 4-1 Europa League final win over Arsenal, having been filmed thanking his former team Arsenal as the Blues left the Olympic Stadium in Baku.

Giroud left the Emirates in January of 2018, signing an 18-month deal with Chelsea after spending six years with the gunners.

The France international lifted the FA Cup three times with an Arsenal team that have not tasted glory in a European competition since 1994, but has since gone on to win the World Cup and the Europa League since moving to Stamford Bridge.


It was Giroud who opened the scoring in Azerbaijan, expertly heading Emerson Palmieri’s cross past a helpless Petr Cech before making an assist for Eden Hazard, who notched the Blues’ third and fourth goals in the win.

There was no lack of celebrations from the 32-year-old, who might have been expected to tone down his excitement as a show of respect for his former club.


Indeed, Jorginho took to Instagram as he and his team-mates made for the hotel, streaming a live video of the players celebrating their trophy as they travelled. In it, a happy Giroud can be seen and heard exclaiming ‘Thank you, Arsenal!’ as he lifted the European trophy.

As one would imagine, the striker’s exclamation caused some reaction among Gunners supporters, many of whom took to social media to show their frustrations at the Frenchman.

“Wow, Premier League clubs have no loyalty or respect. Giroud is terrible!” one fan said: “Still can’t believe I clapped and sang for Giroud at the Emirates.”

Fan ire may well have been caused by Giroud’s comments that followed after full time, in which he said: “These two clubs changed my life, they gave me the opportunity to play in the Premier League.

“I didn’t want to celebrate at Arsenal but I’m so proud to win this trophy with Chelsea.”

Thu May 30 , 2019
Real Madrid captain Sergio Ramos has announced he will be staying with the club next campaign, despite receiving an offer from China. The 33-year-old’s future has come into question in recent weeks, with reports claiming he might be on his way out of the club. And it was those reports which prompted […] 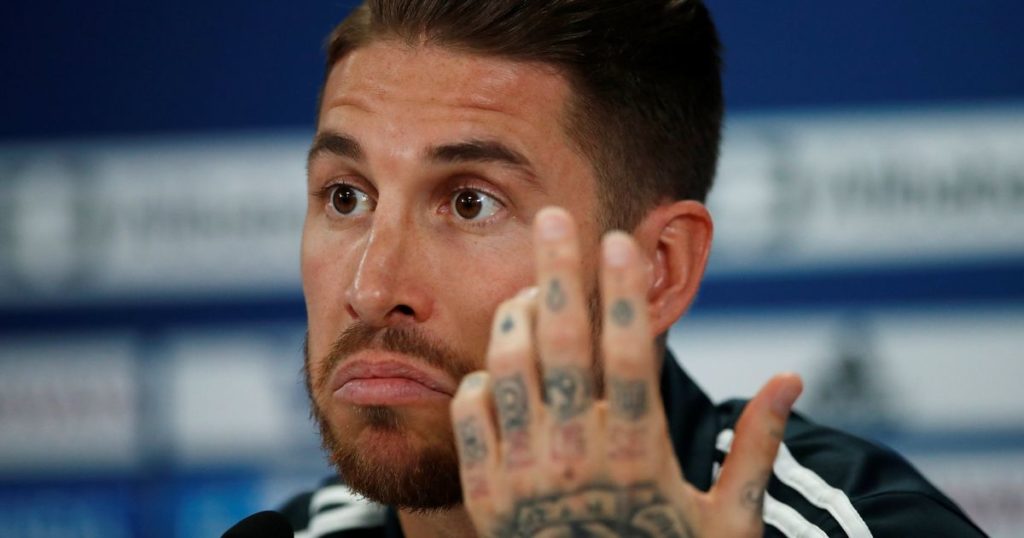