Olivier Giroud concedes he was annoyed by the signing of AC Milan striker Gonzalo Higuain, even after Chelsea coach Maurizio Sarri offered him an explanation.

The France international was reduced to a bit-part role in the Premier League last campaign and found chances to impress difficult to come by once Sarri convinced Chelsea to sign Higuain on loan from Milan in the January window.


However, Giroud continued to flourish in Europe, finishing as the competition’s top scorer after he played an important role in Chelsea Europa League triumph, breaking the deadlock against his former team Arsenal in the final.

Sarri is believed to be keen on teaming up with Higuain for a third time in their careers should he join Juventus after the exit of Max Allegri last month.

‘When I didn’t understand his choices, I went to see him, he gave me explanations,’ Giroud told RMC.


‘What was annoying was he preferred to recruit Higuain. My playing time did not improve and it was not easy.’

As well as Higuain, Maurizio Sarri is reported to be interested in the possibility of bringing Emerson Palmieri with him to Italy from Stamford Bridge.

The Italy international started and made a good impact against Arsenal last wek and is seen as ideal competition for Alex Sandro, should he remain in Turin.

Palmieri’s agent said that it was his client’s intention to stay with Chelsea, who are unlikely to be minded to sell given their transfer ban and Marcos Alonso’s impending transfer to Ateltico Madrid.

Thu Jun 6 , 2019
Swansea winger Daniel James will undergo a medical with Manchester United on Thursday ahead of his £18m move to the Premier League, Sky Sports News understands. United are close to completing a deal for the 21-year-old and Wales international, who has only a year left on his deal, as head […] 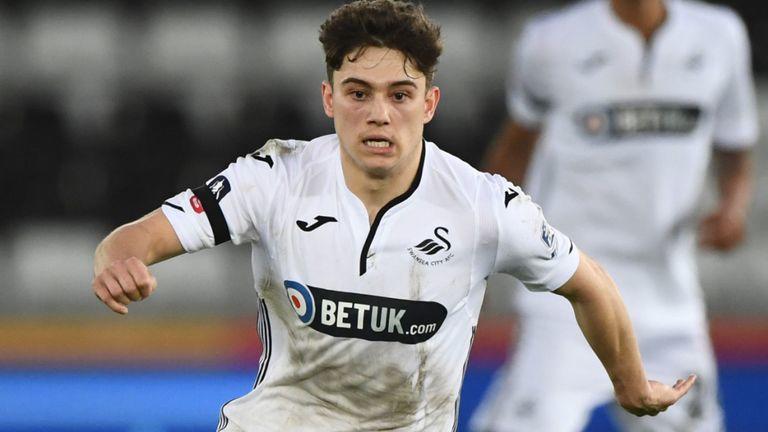