The 23-year-old had another poor campaign for United, managing just ten goals and two assists across the Premier League season, and Solskjaer has been left unhappy with the forward’s lack of focus and commitment levels on the training ground.


There were reports earlier this month that Martial’s poor attitude had convinced Ole Solskjaer that it was time to bring an end to the France international’s underwhelming Old Trafford career.

Mourinho had similar issues with Martial before his sack in December and United’s executive vice-chairman Ed Woodward, as well as Joel Glazer, told the Portuguese that the attacker would not be sold.

Ole Gunnar Solskjaer fired warning to United players after dismal Cardiff loss according to The Daily Mirror, Glazer has stepped in once again to veto Martial’s possible exit this summer.


The report claims that Anthony Martial is his favourite player at the club and he views him as United’s answer to Pele.

Earlier this month, Solskjaer conceded that United’s coaching staff must take some responsibility for Martial’s disappointing performances in the latter stages of the season.

‘Anthony’s got goals in him, it’s up to us to move forward and get that into him again,’ Solskjaer said.

‘I’m sure we’ll see him scoring goals again in the future.’


United managed to win just two of their last 12 matches of the campaign and Solskjaer is preparing to overhaul his team ahead of the 2019/20 campaign.

Hudson-Odoi wants Hazard's No.10 shirt to stay at Chelsea

Wed May 15 , 2019
Callum Hudson-Odoi increasingly wants to stay at Stamford Bridge and assurances he would be the man to replace outgoing Chelsea star Eden Hazard would help to ensure that he signs a new deal. Hazard looks likely to leave for Real Madrid after he confirmed in an interview after the final Premier League match of […] 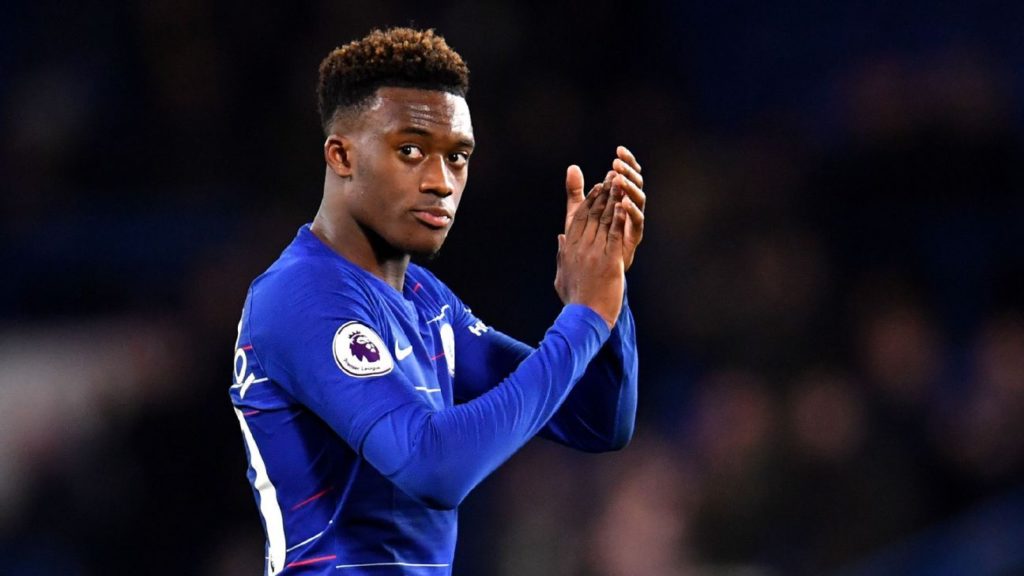