Chelsea are on the verge of signing AC Milan on-loan striker Gonzalo Higuain, according to reports in Spain.

Maurizio Sarri is desperate to bolster his attacking options in the January window and the Argentina international is one of his major targets this month.


Higuain performed well under Sarri’s guidance at Napoli and broke the Serie A League record with 37 goals in the 2015/16 campaign.

According to Marca, the duo will now be reunited once again as Gonzalo Higuain has ‘said yes’ to Chelsea’s offer.

The report also claims that the deal could now be completed ‘in the coming hours’ as Chelsea are willing to pay Higuain’s salary, as well as a possible £36m transfer fee to make the move permanent in the summer.

Higuain is currently on loan at AC Milan although the 31-year-old has struggled for form with just eight goals in 20 matches this campaign.


But Sarri is a huge admirer of Higuain and described the forward as a ‘goal machine’ in an interview with Corriere dello Sport earlier this term.

‘I miss Higuain a great deal. I miss him because he’ll keep scoring goals until the day he dies,’ said the Chelsea manager.

‘He is a goal machine, a systematic and automatic jackpot.’


The Spain international’s agent has held talks with Sevilla’s sporting director over a possible return to La Liga.

Wed Jan 9 , 2019
Callum Hudson-Odoi has no plans to sign a new Chelsea contract and Bayern Munich are awaiting a response to their bid for the winger, believed to be £35m, according to ESPN FC. Odoi played 79 minutes in Chelsea’s Carabao Cup semifinal first leg loss to Tottenham at Wembley on Tuesday […] 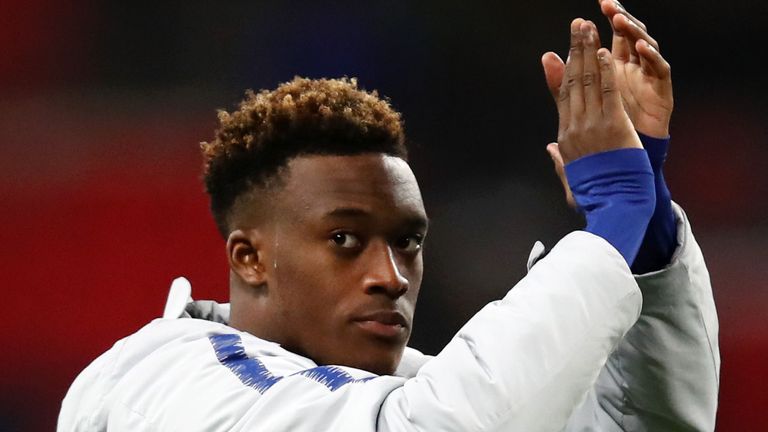