Eden Hazard has ruled out a transfer to PSG but concedes his contract situation at Chelsea could result in him leaving the club in the summer.

The Belgium international’s deal at Chelsea expires at the end of next campaign, and some of Europe’s biggest clubs have reportedly shown interest in making a bid to lure him away from Stamford Bridge.


Hazard, who joined Chelsea from Lille in 2012, admitted he has previously contacted about a move to PSG, but says he does not see himself playing at the Parc de Princes.

He told Canal Plus : “There has been contact in the past with PSG but I haven’t been tempted.
Hazard played for Lille in Ligue 1 before joining Chelsea in 2012

“If I have to go back to France one day, it would be to Lille. But today, there is no chance that I’ll come back in the French league.”


However, while Hazard does not see himself moving to PSG, he has once again conceded this season may be his last at Chelsea.

The 27-year-old can currently leave the club for free at the end of the 2019/20 campaign, which means the Blues may be forced to sell him before then if he refuses to sign a new deal.

While he made it clear he would not leave in January, Hazard said: “I have one year left in June. If I don’t extend, it (a move) is possible.

“I can’t see myself leaving in January. I wouldn’t do that to the club, to the fans.


“Next summer it’s a possibility, but it’s also possible that I spend the rest of my career at Chelsea.”

Wed Nov 28 , 2018
Romelu Lukaku has revealed what happened when he was dropped by Jose Mourinho, with the Manchester United forward left “angry” by the manager’s decision. The Belgium international was benched for games with Everton and Manchester City, playing a total of 58 minutes across the two matches, while he was also […] 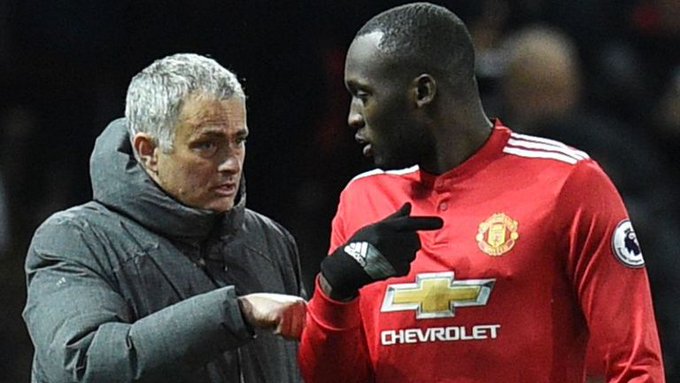