Jurgen Klopp has blasted Pep Guardiola’s suggestion that winning the Premier League title is more important than the Champions League, as he prepares his Liverpool side to face Tottenham in Saturday’s final.

The Reds are playing in the final for the second consecutive campaign having lost out to Real Madrid just a year ago.

Klopp’s team also missed out on winning the Premier League title this season, as Guardiola guided his Manchester City side to top spot.


And the German responded to Guardiola’s assertion that the domestic league takes priority in his estimations, saying that the former Bayern manager’s long absence from the final has re-aligned his priorities.

“The Premier League is more important for Guardiola because he hasn’t been in the Champions League final for a while,” said Klopp.


“Don’t get me wrong, we all know he is the best manager in the world and he deserves all the praise he gets.

“I say that the Champions League is more important because I can still win it and we have already lost the Premier League, as they have a better team and I think our season was better than theirs.”

Liverpool’s tally of 97 points marked a new record for a runner-up in the Premier League, with City’s total of 98 coming just two points off their own English league record of 100 set last campaign.

“We want to go as far as possible, that means we want to win that. I heard that Pep said people will only see him as a success if he wins the Champions League, it shows how luxurious the problems he has are,” Klopp said.

“During the season we have to fight against them for the Premier League title and there is another competition. This year we were a little bit better than them in the Champions League.”

Wed May 29 , 2019
Chelsea star Eden Hazard has reportedly agreed a stunning £115m transfer to Real Madrid. The Belgium international is Zinedine Zidane’s No.1 transfer target after failing to secure him to the Bernabeu during his first spell in charge. Hazard has conceded the Europa League final against London rivals Arsenal could be his final game […] 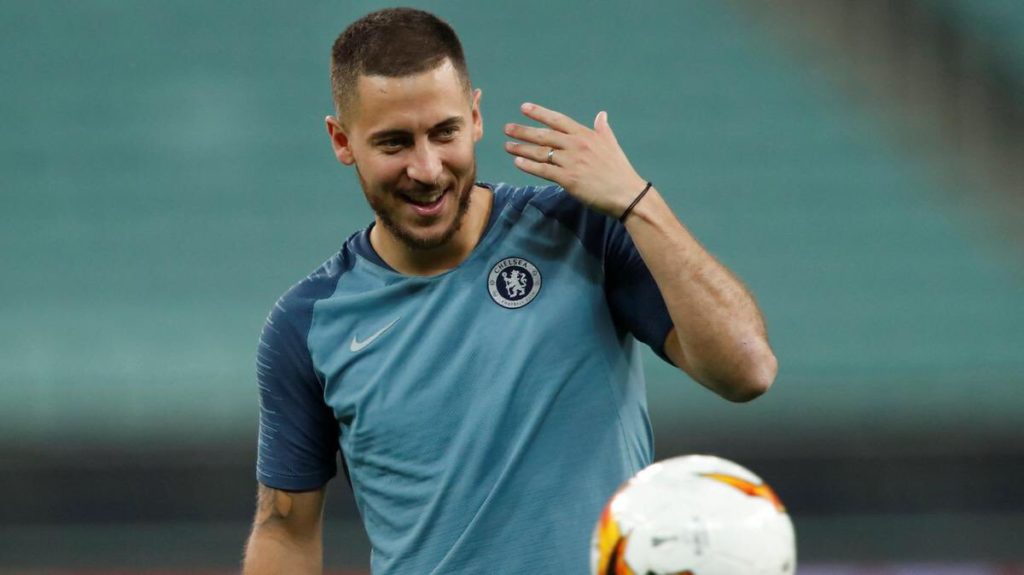