Ander Herrera has agreed a contract worth £25million with Paris Saint-Germain to begin the summer window clear-out at Manchester United.

However, reports have emerged that manager OIe Gunnar Solskjaer is ready to keep faith with out-of-form forward Anthony Martial, despite just 12 goals in 37 matches this campaign.


PSG have been in talks with Herrera since January and he has now accepted a three-year deal worth £160,000-a-week to make a transfer to Paris on free transfer on July 1.

United are prepared to allow him leave on a free because they were unwilling to meet his terms to sign a new deal. Herrera’s current deal is on £60,000-a-week and wanted close to £200,000-a-week to stay at the club.

United executive vice-chairman Ed Woodward frowned at those demands, with the Spanish midfielder set to clock 30 in August.

Martial signed a new £175,000-a-week deal in January but has been poor since then. Half of his 12 goals came during a five-game spell in October and November, with the Frenchman having managed to score just two goals in the league so far in 2019.


Despite that poor return, and with his attitude having been called into question, former striker Solskjaer is prepared to give him one more year to prove he can deliver on a regular basis.

The manager sent a clear message to his players after Sunday’s draw with already-relegated Huddersfield, which ended their hopes of finishing top four so they can compete in the Champions League next season, saying some of them will not be seen in a United shirt again.

“Now is not the time to talk about individuals. It might be the last game for many players,” he warned.


Manchester United end their campaign at home to relegated Cardiff on Sunday.

Fri May 10 , 2019
Lionel Messi should be assigned as much blame for Barca’s failures as he is also praised for their success, according to Brazil legend Ronaldo. The Argentina international was near his best in the first leg of the Champions League game against Liverpool, scoring two goals, including a remarkable free-kick from distance to help his team to […] 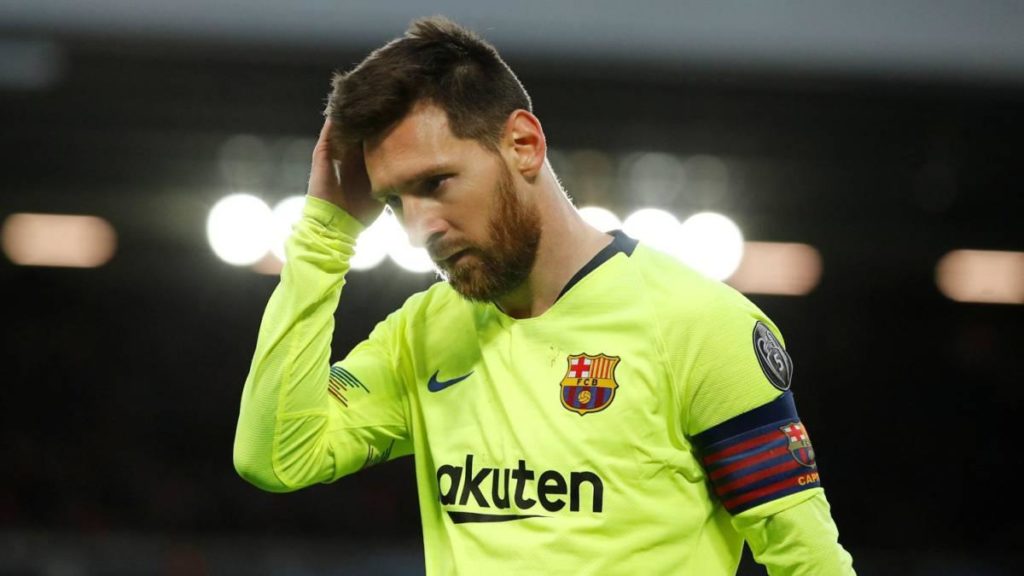