Ian Wright has urged Mikel Arteta to start putting his faith in the young talent over players like Willian, Sead Kolasinac and Shkodran Mustafi and believes the gunners’ upcoming games with Brighton and West Brom are ‘must-win games’.

Arsenal are hovering just four points above relegation after losing eight of their opening 14 games in the Premier League and Arteta is under huge pressure ahead of the winter schedule.


‘I have to say, from my point of view, with the manager and the players he’s picking now, I think people like Emile Smith Rowe and Joe Willock and those guys, I’d like to see them have a chance,’ the legendary ex-Arsenal striker said.

‘I would say to the people upstairs: give Mesut Ozil the money if you’re not going to play him and move him on. Same with Kolasinac and same with those players that are in and around the club and aren’t going to contribute.

‘That’s what he needs, players who are contributing. Arsenal have to realise they’re in a situation that can get worse and if they do lose those games against Brighton and West Brom… those games are must-win games.’


Wright continued: ‘What Arsenal fans have to recognise at the moment is where we are. ‘It’s the realisation of where we’ve also got to look at the players in the dressing room. Do they realise what’s going on?

‘I watched Burnley beat Wolves the other day and it was a performance from a team who know where they are.


‘And this is what I’m saying with Arsenal, there’s not many players… I think [Pierre-Emerick] Aubameyang in Jurgen Klopp’s last season at Borussia Dortmund might have been flirting with it but they got out of it at the end, no problem.

‘I think Cedric Soares at Southampton had a time where they were struggling but there’s not many in that dressing room that know about the situation they’re now facing.’

2 months ago
Manchester United manager Ole Gunnar Solskjaer has urged his players to treat the current title talk as they would any other “noise” surrounding the club. The Red devils have received huge criticism this campaign, particularly after their exit from the Champions League earlier this month and over their poor home […] 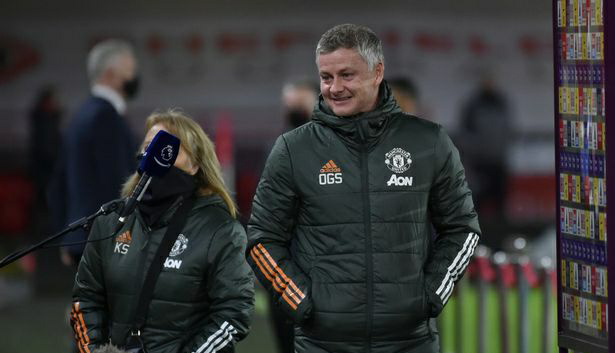