Romelu Lukaku has blasted Manchester United for not doing enough to protect him in the media and said he, Paul Pogba and Alexis Sanchez were continually made scapegoats by the fans.


The Belgium international joined Inter Milan before the close of the Premier League summer transfer window for €80 million, just two years after his move to Old Trafford from Everton.

The 26-year-old was criticised at times for his all-round play at the head of the attack under former manager Jose Mourinho and he was overthrown as first-choice striker by Marcus Rashford after Ole Gunnar Solskjaer took over from the Portuguese.

Lukaku feels there was an unjust focus on his poor performances as well as those of his former teammates – Pogba and Sanchez, who has been tipped to join him at Inter Milan.

“They have to find somebody,” Lukaku told the LightHarted Podcast, apparently recorded ahead of his Inter transfer move. “It is Pogba, it is me or it is Alexis. It’s the three of us all the time.


“They have got to find somebody to blame. I put my hand up, like, this year I don’t think I was the only one playing bad. A lot of people were playing bad but they had to find the culprit.

“If they want to put the blame on me, you know what, f*** it, do what you gotta do. I think the team has so much potential to do some great stuff. There is a lot of talent. But it is not only talent; you really have to build a team.”

Lukaku also talked about suggestions by some that he did not suit Solskjaer’s intended style of play.

“A lot of people don’t think I should be part of that system,” he said. “That’s my feeling from the conversations that I have. I just know.

“For me, the thing that makes me laugh a lot is: how the hell is s*** going bad in my team, but when I play in my national team, it’s good? And I’m happy.


“I didn’t play the last six weeks of the league, like the last three weeks or something before the end of the season and then I had another three weeks off before I had to play for the national team, and then we go and play with the Belgium team.

“And nobody there complains because I think the perception in my country is changing slightly. A lot of people were saying a lot of stuff. For me, it took years for a lot of people to change their perception. Man U might not get that time. It’s s*** that it happens like that.

“We all know that international soccer is different than club football but the playing style we play in the national team is the one we want to play at Man United. So is it me? Or do we need to have a conversation from man to man and tell each other the rules?”

Lukaku added that he felt the Red devils did not do enough to defend him when rumours emerged towards the end of last campaign that he would be leaving the club.


“I think a lot of stuff has been said where I didn’t feel protected,” he added. “A lot of rumours, ‘Rom is going to go there, they don’t want Rom’ and nobody came out and shot it down.

“It was for a good three, four weeks. I’m waiting for someone to come out and shut it down. It didn’t happen. I had my conversation, told them it was better to go our separate ways. I just wanted you to say, ‘Rom is going to fight for his place’, but it never happened for four, five months.

“It was all, ‘He’s got to go, he doesn’t deserve to be there’. Well, okay, then I want to go now. There is fighting for your position, but also being somewhere that people want you to be.

“If you’re happy, you find a way, it doesn’t matter if you’re on the bench or starting. But nobody told me that was the situation, so I thought for two, three weeks to analyse, see all this s*** coming out in the media. Who leaks it? Not me. Not my agent. I see it on my phone come out of nowhere.

Thu Aug 22 , 2019
There was real shock among the Manchester United team when the boss Ole Gunnar Solskjaer announced Paul Pogba was off penalty duties. The France international saw his second-half spot kick saved by Wolves goalkeeper Rui Patricio on Monday night, as the teams shared a draw at Molyneux. Marcus Rashford had scored from […] 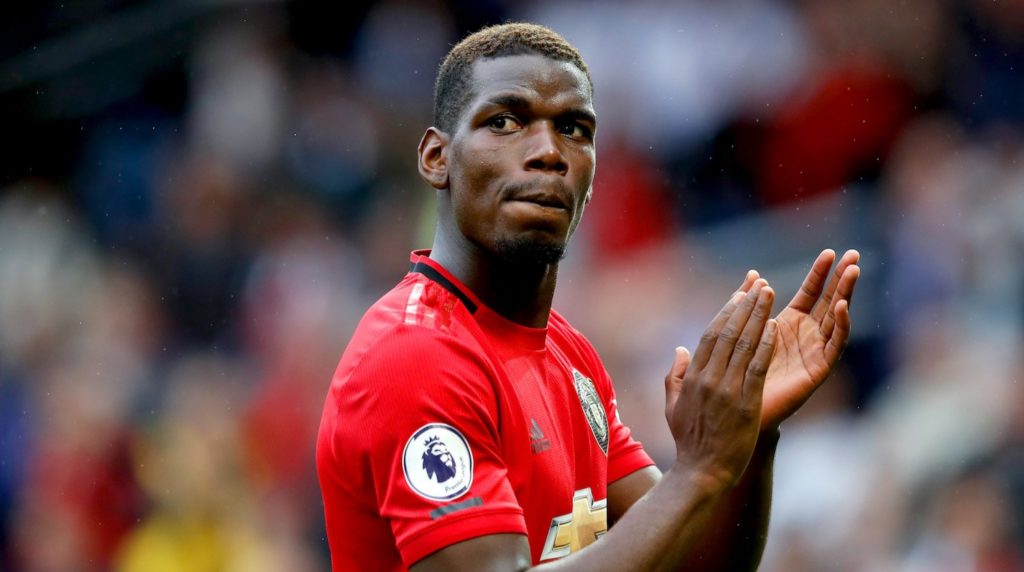