Roberto Mancini has provided a promising injury update on Emerson Palmieri after the Chelsea left-back hobbled off during Italy’s win over Finland on Sunday.


Emerson, who has started all four of Chelsea’s Premier League games so far this campaign, was substituted off after only eight minutes during Italy’s 2-1 victory in the Euro 2020 qualifier.

The defender limped off after pulling up when chasing down Norwich City forward Teemu Pukki as Finland looked to counter attack in the early stages of the match.

There were fears the 25-year-old had suffered a hamstring injury and could miss the blues’ Premier League game against Wolves next week.

And there were already reports that Emerson will be replaced in Chelsea’s starting XI by Marcos Alonso, who has dropped down the pecking order this campaign.


But Italy head coach Mancini has played down concerns over the injury and says the left back was taken off as a precaution.

‘It was nothing serious, he stopped to ensure it didn’t get any worse,’ Roberto Mancini said.

‘The defence did well, as Armando Izzo and Francesco Acerbi were playing together for the first time, but Alessandro Florenzi also impressed on the left, considering he was the only option we had remaining.’

In Emerson’s absence, Italy clinched a 2-1 victory over Finland with Chelsea midfielder Jorginho scoring the winning penalty with ten minutes remaining to end the match.


Chelsea claimed five points from their first four matches of the 2019-20 season and on Saturday face a Wolves team that currently sits 17th in the table.

Mon Sep 9 , 2019
Former Manchester United central defender Nemanja Vidic has spoken about the time he nearly came to blows with Chelsea legend Didier Drogba in one of his many on-pitch battles with the frontman. The two teams dominated the Premier League over a period of seven years with Vidic arriving in 2006 – just after Jose Mourinho’s second […] 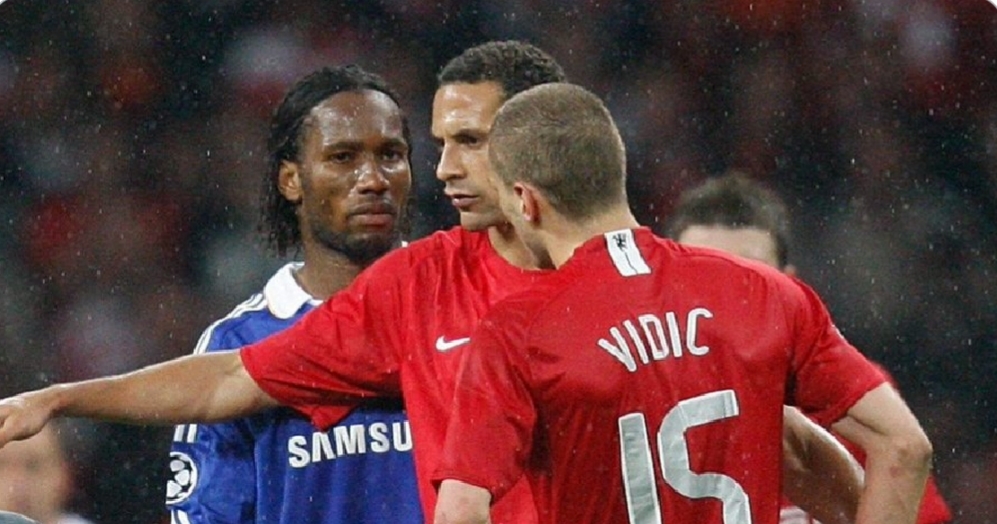