Jurgen Klopp has responded to Jose Mourinho’s suggestion that Liverpool’s outrageous £176million outlay this summer means they must deliver silverware.

Liverpool signed Naby Keita, Fabinho, Xherdan Shaqiri and Alisson – who is now the most expensive goalkeeper, despite Klopp having previously claimed he prefers to nurture players rather than buy them.

Klopp had also criticised United’s purchase of Paul Pogba for a then record fee two seasons ago, and Mourinho said this week that Klopp’s change in approach was ‘funny’.


Mourinho, whose team has a match with Liverpool in Michigan on Saturday, also said Liverpool now have to win titles next campaign.

Asked if Mourinho was trying to play mind games, Klopp said: ‘Yeah, for sure, a little bit but that’s okay.

‘But I heard as well that Jose found me funny and one of my biggest goals in life is to make Jose smile! It doesn’t happen too often and if it happens because of Liverpool – well done!

‘I said a few things [in the past]. I cannot really remember what I said but I know what I said about the Pogba transfer.

‘That’s not always the smartest thing to do, and I have absolutely no problem with what Jose Mourinho is saying. It is a free world and he can say whatever he wants.

‘If he is happy about our transfers even better, but we know that it does not mean you win automatically whatever.

‘Man United has a strong team and they will strengthen that in the next two weeks. They are already strong, the same as Man City and Tottenham.

‘Arsenal and Chelsea have new managers but they will be strong – plus a few others – so it’s our job to improve our own situation. That’s what we try to do but that has to happen on the pitch, not in the transfer market.


‘We want to deliver constantly. We want to improve that’s what we want to show and we will see where that leads us to.

‘Improvement means playing better football, being more consistent and entertaining the crowd in a very specific way – We are Liverpool and we stand for football. All I can say is that we will try everything we can to be as successful as possible and in the end we will see.’

Tue Jul 31 , 2018
Willian has missed pre-season training with Chelsea after Real Madrid reportedly submitted a £65 million offer for the Brazilian. The 29-year-old has been on holiday after Brazil’s World Cup run and was due to return back to Chelsea’s training ground on Friday. But according to The Times , Willian has […] 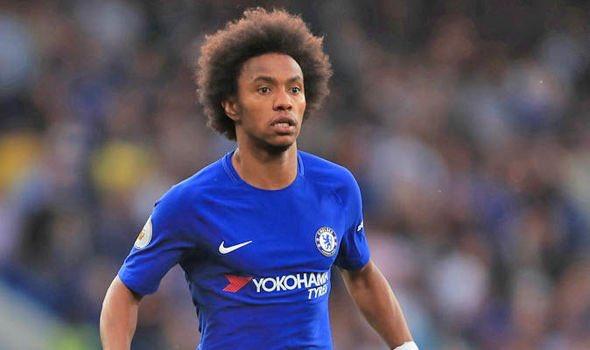