Juventus are reportedly preparing an offer for Manchester United striker Romelu Lukaku and are willing to include Paulo Dybala as part of the deal, According to Sky Sports News.


Until now, United have been negotiating with Inter Milan for the Belgium international attacker but the clubs continue to struggle over an agreement for the former Chelsea striker.

The Serie A giants made an offer of £53.9m upfront for Lukaku with no add-ons earlier this week which was turned down by United.

United want in excess of the £79m they paid to sign the Belgian from Everton two years ago if they are to allow the 26-year-old to exit Old Trafford.


New Inter head coach Antonio Conte confirmed his desire to sign Romelu Lukaku last Friday, saying: “You know very well that I like this player, also in the past when I was Chelsea’s coach and I tried to bring him.

“But I repeat: today Lukaku is a player of United. I have great respect for United.”

Juve are prepared to include Paulo Dybala as part of the deal, with the Argentine forward struggling since the arrival of Cristiano Ronaldo last summer window.


However, it is unclear if Dybala, who is also linked with a move to Tottenham, would agree to being a makeweight in any deal.

Sat Jul 27 , 2019
Arsenal are reportedly now in pole position to beat their rivals Napoli to the signing of this in-demand star Nicolas Pepe, the Gunners have made the best offer to the winger’s representatives. According to Sky Italia, Arsenal are leading the race to sign in-demand Lille star, the attacker is subject to […] 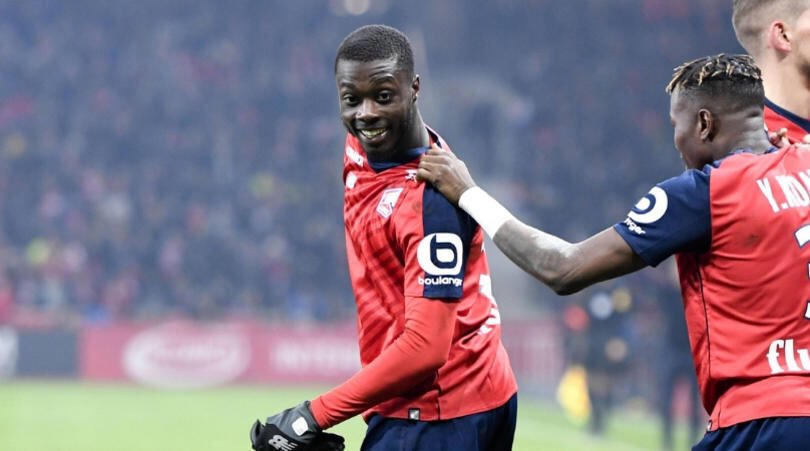