Juventus could include Manchester United transfer target Adrien Rabiot as part of the deal to sign Paul Pogba this summer window, according to reports in Italy.

Rabiot is on Solskjaer’s radar as the Red devils boss looks to sign dynamic midfielders to partner January signing Bruno Fernandes in the midfield after the Portuguese’s good start to life in the Premier League.


Juventus only signed the 25-year-old from Paris Saint Germain last summer for £27m, but he has failed to settle at the club, contributing no goals or assists for Juve and the club are willing to part ways with the midfielder.

There were also claims in the Italian press this month that he had gone on strike over the Seria A club’s decision to cut his wages by £7m from £28m due to the coronavirus pandemic.


According to CalcioMercato, Rabiot could be used in talks with Manchester United to land Pogba, who is a long-term target for Juve.

The Frenchman has long been linked with an exit from Old Trafford, having endured an underwhelming second spell at the club, while relationships between his agent, Mino Raiola, and United have soured of late.

Pogba left United for Juventus in 2012 and shone in the Seria A, scoring 34 goals and making 40 assists in 178 games for the club, as he progressed into one of the world’s best midfielders.

United spent around £90million to bring their academy graduate back to the club, and are looking to recoup that fee should Paul Pogba leave in the summer.

However, the 2019-20 campaign has hit teams hard financially, and it’s unclear whether possible suitors would be able to pay the fee expected to sign the 27-year-old.

United manager Solskjaer has insisted that the France international is very much in his plans for the future.

9 months ago
Paris Saint-Germain have completed the signing of Mauro Icardi, with Inter Milan receiving €50m (£45m) plus an additional €8m (£7m) in bonuses for the forward. Icardi, who had been on loan at PSG since the start of the 2019-20 campaign, has signed a four-year deal, tying him to the French […] 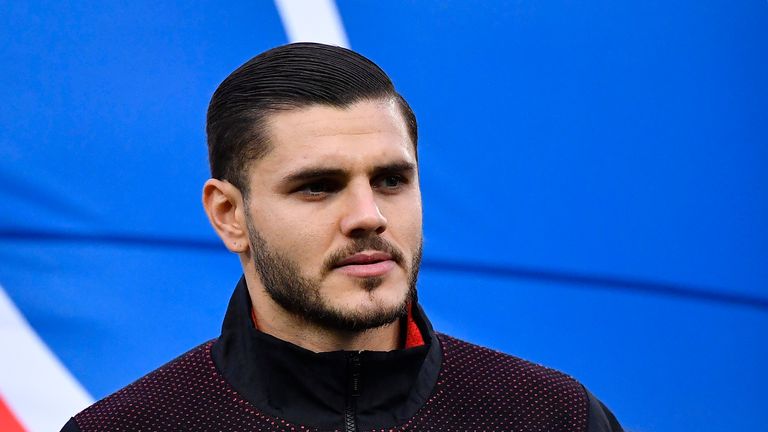