Kevin De Bruyne is now expected to be out for three months as City have confirmed.

De Bruyne sustained the injury during training on Wednesday and will be assessed in the coming days, but he is already on crutches and sources close to the Belgian believe he could be out of action between two and three months.

The Belgian sustained a knee injury in 2016 that kept him out for nine weeks.

Man City will carry out tests at their training ground and they will also send him to see specialist Dr Ramon Cugat in Barcelona, who treats many of their injured players.

“No surgery is required, and the midfielder is expected to be out for around three months. Everyone at City wishes him a speedy return to action.”

The 27-year-old was one of the Blues’ most important players during their record-breaking 2017-18 season.


City failed to sign another midfielder during the transfer window but could call upon David Silva, Bernardo Silva, Ilkay Gundogan and Phil Foden as alternative options.

Thu Aug 16 , 2018
Germany star Toni Kroos has hit out at former international team-mate Mesut Ozil, saying his claims of racism in the team and German federation are “nonsense.” Ozil stepped away from Germany duty last month, citing racism as the main reason after a controversial pre-World Cup photo session with Turkish president […] 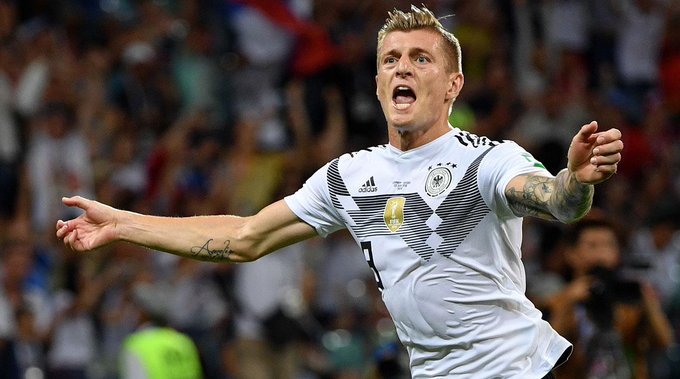